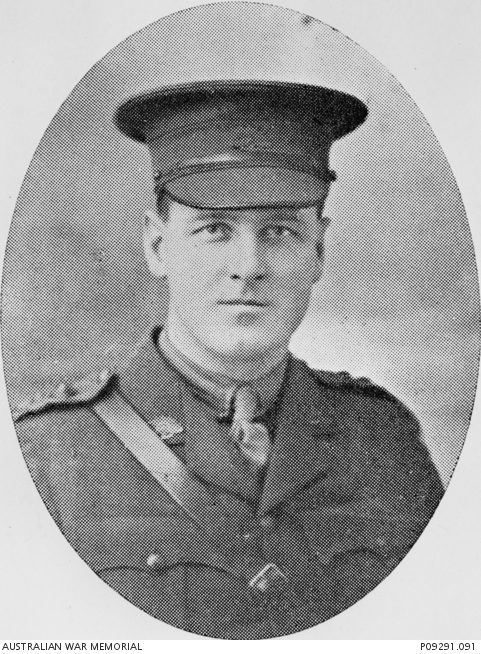 Portrait of Honorary Lieutenant John O'Donohue, 50th Battalion from Norwood, South Australia. A 29 year old tea blender prior to being appointed a Second Lieutenant in the AIF on 25 July 1916, he embarked for overseas with the 7th Reinforcements from Adelaide on 6 November 1916 aboard HMAT Afric. Following further training in England, he went to France and joined the battalion on 25 April 1916. He was killed in action at Messines, Belgium on 10 June 1917 and is commemorated on the Menin Gate Memorial at Ypres, Belgium with others who have no known grave.