Portrait of Chaplain Michael Bergin, 51st Battalion from Tipperary, Ireland. He was a 35 year old ... 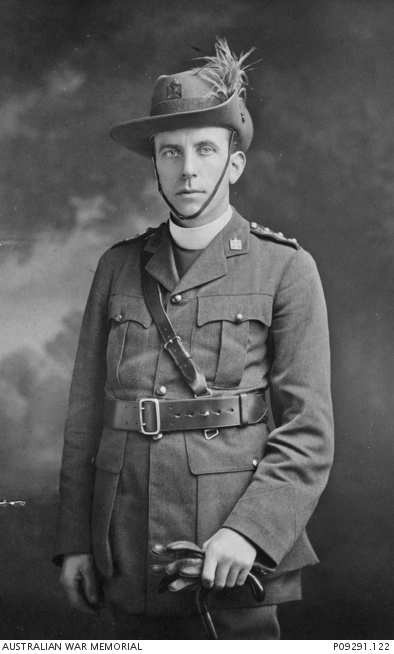 Portrait of Chaplain Michael Bergin, 51st Battalion from Tipperary, Ireland. He was a 35 year old school teacher at the Holy Family College, Fagala, Cairo, Egypt when he was accepted into the 3rd Light Horse Regiment as a Chaplain 4th Class on 13 May 1915. While serving with the 5th Light Horse Regiment at Gallipoli, he was taken ill in September and evacuated to England for medical treatment. On recovering, he returned to Egypt in December 1915 and transferred to the 51st Battalion. He proceeded to France in June 1916 and although attached to the 51st Battalion, ministered to men of the whole 13th Brigade. He spent a lot of time with soldiers in the front line and was killed by a shell on 12 October 1917 near Broodseinde Ridge, Belgium. Chaplain Bergin is buried in the Reninghelst Churchyard Extension, Belgium and was posthumously awarded a Military Cross for distinguished service in the field.