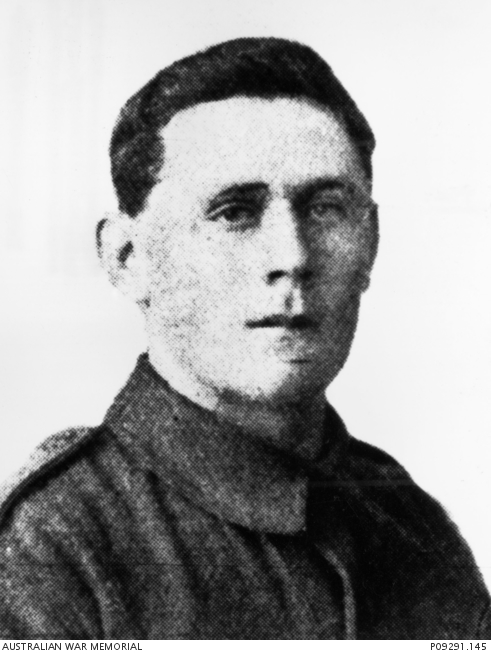 Studio portrait of 165A Private (Pte) Arthur Thomas Stranger, 28th Battalion. A railway engineer apprentice of Leederville, Western Australia, prior to enlistment, he was promoted to Corporal (Cpl) in March 1915 before embarking from Fremantle on 29 June 1915 for Egypt. His battalion was sent to Gallipoli in September 1915 where he was promoted to the rank of Temporary Sergeant before the unit was withdrawn to Egypt in January 1916 and then reverted to his substantive rank of Corporal. He was transferred to the Pioneer Battalion for a period of three weeks in March and was transferred to the 32nd Battalion in early April. His new battalion relocated to the Western Front, France, during June 1916. Cpl Stranger was killed in action on 20 July 1916 near Fromelles, France. He was aged 21 years. His father, 872 Sergeant (Sgt) Thomas James Stranger, enlisted as an engine driver in the 5th Australian Railway Company on 19 December 1916 after putting his age as 44 years. He served briefly in France before being evacuated to England on medical grounds where he died of illness on 10 April 1918. He was aged 54 years.