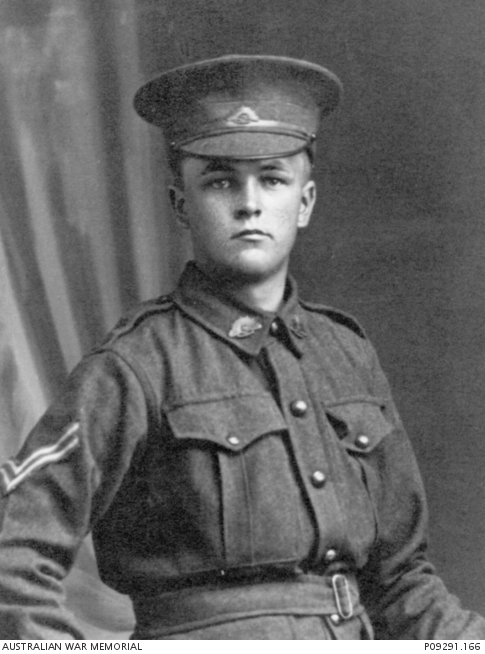 Studio portrait of 195 Private (Pte) Frank Maidment Tregilgas, 32nd Battalion. A plumber from Willunga, South Australia, prior to enlistment, he embarked from Adelaide aboard HMAT Gelong on 18 November 1915 for Suez. His battalion relocated to the Western Front, France, during June 1916. Pte Tregilgas was killed in action near Fleurbaix, France, on 1 August 1916. He was aged 19 years.