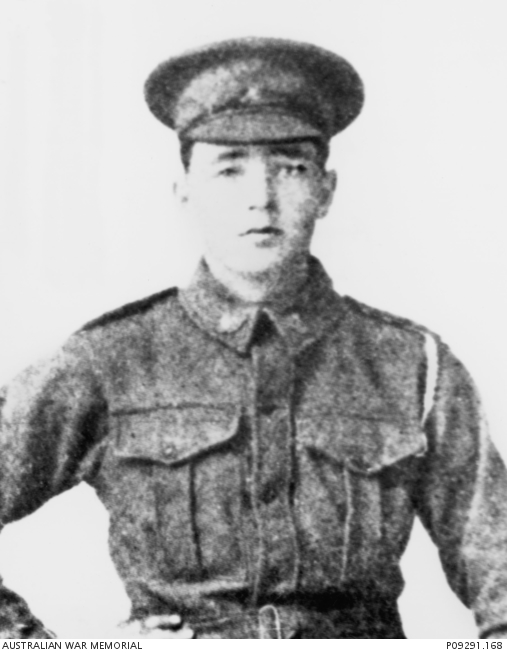 Studio portrait of 985 Private (Pte) Frederick William Lydiate, 32nd Battalion. A foreman machinist from Cottesloe, Western Australia, prior to enlistment, he embarked from Adelaide aboard HMAT Geelong on 18 November 1915 for Suez. His battalion relocated to the Western Front, France, during June 1916. Pte Lydiate was reported missing in action on 19 July 1916 during the Battle of Fromelles. Subsequently, he was determined to have been killed in action on that date. He was aged 29 years. Pte Lydiate has no known grave and is commemorated on the VC Corner Australian Cemetery and Memorial, Fromelles, France. His younger brother, 3171 Pte Albert Lydiate, 46th Battalion was killed in action near Lihons, France, on 18 August 1918. His youngest brother 442 Pte Sydney Horace Lydiate who enlisted with 44 Battalion and transferred to the Australian Army Veterinary Corps, returned to Australia in August 1919. His older brother 20510 Sapper George Arthur Lydiate who enlisted with 4 Divisional Signals Company also returned to Australia in August 1919.