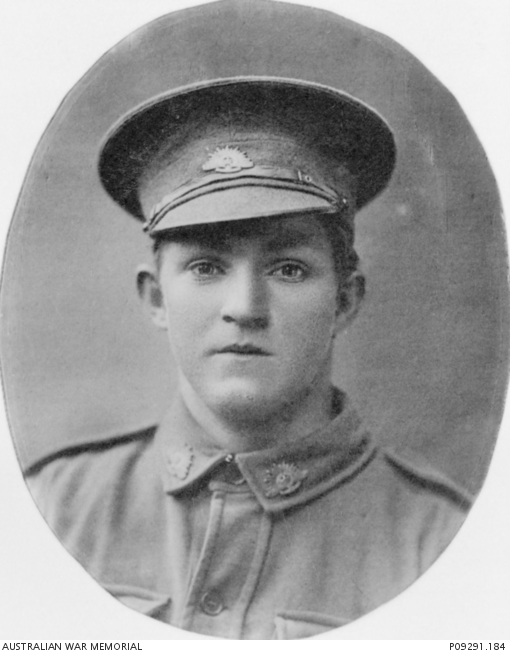 Studio portrait of 1680 Private (Pte) Harold William Blott, 32nd Battalion. A labourer from Adelaide, South Australia, prior to enlistment, he embarked with the 2nd Reinforcements from Adelaide aboard HMAT Borda on 11 January 1916 for Suez. During June 1916 he was relocated to England for training prior to joining the battalion on the Western Front, France, in September 1916. He was hospitalised on two occasions due to foot infections and rejoined his unit after the second occasion on 26 May 1918. Pte Blott was wounded in action near Amiens, France, on 17 June 1918, and died of these wounds the same day. He was aged 19 years.