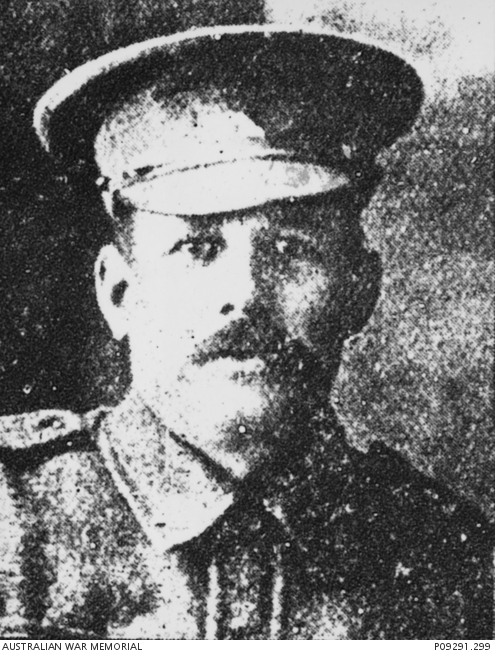 Studio portrait of 2153 Private (Pte) Oscar Albert Chenoweth, 50th Battalion. An orchardist from Kangarilla, South Australia, prior to enlistment, he embarked with the 4th Reinforcements from Adelaide on 1 August 1916 aboard HMAT Ballarat for Devonport, England. Following training in England he proceeded to France in early December 1916. He was hospitalised with illness and during this time was allocated the service number of 2153A. He joined his battalion on the Western Front near Buire, France, on 2 March 1917. Pte Chenoweth was killed in action during the attack on Noreuil on 2 April 1917 and he was buried in the Noreuil Australian Cemetery. His grave and 81 others were destroyed by shellfire and his name is recorded on a special memorial. He was aged 39 years. His youngest brother, 2602 Pte Edgar William Chenoweth, 21st Battalion later 7th Battalion, was killed in action near Ploegsteert, Belgium, on 27 June 1916 and his death is recorded by name in the War Diary of the 7th Battalion; this is unusual for a lower rank. He was aged 18 years.