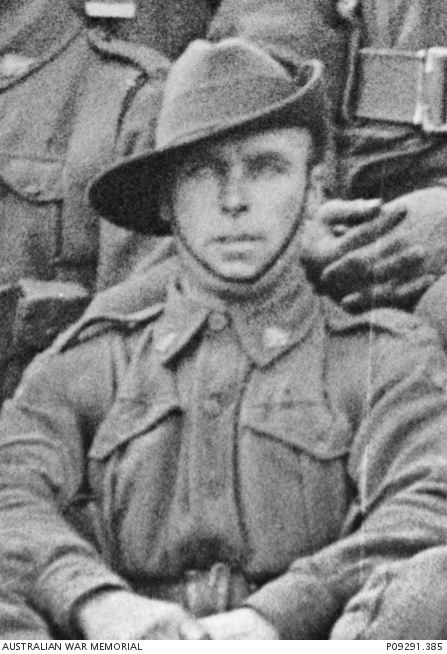 Portrait of 4817 Lance Corporal (L Cpl) Louis Henry Lyall, 50th Battalion. A winchman from Semaphore, South Australia, prior to enlistment, he embarked as a Private (Pte) with the 15th Reinforcements of the 10th Battalion from Adelaide on 9 March 1916 aboard RMS Mongolia for Suez. On 20 May 1916 he was transferred to the 50th Battalion which relocated to the Western Front, France, during June 1916. Pte Lyall was wounded in action near Noreuil on 2 April 1917 and was evacuated to Boulogne for treatment before rejoining his unit later that month. Pte Lyall was appointed Lance Corporal on 5 November 1917. He was wounded in action on the 2nd occasion near Dernancourt on 5 April 1918 but, was able to remain on duty. L Cpl Lyall was killed in action at Blangy-Tronville on 25 April 1918. He has no known grave and he is commemorated on the Villers-Bretonneux Memorial, France. He was aged 29 years.