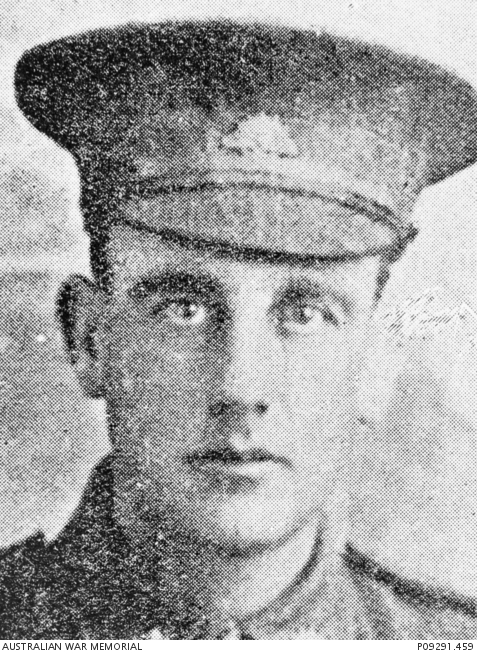 Studio portrait of 77 Private (Pte) John Alexander Crawford, 32nd Battalion. A labourer from Hindmarsh, South Australia, prior to enlistment, he embarked from Adelaide on 18 November 1915 aboard HMAT Geelong (A2) for Suez and was appointed Lance Corporal (L Cpl). The battalion relocated to the Western Front, France, during mid-June 1916. L Cpl Crawford was reported as missing in action after the Battle of Fromelles and was subsequently determined to have been killed in action on that date. He has no known grave and is commemorated on the VC Corner Australian Cemetery Memorial, Fromelles, France. He was aged 32 years.