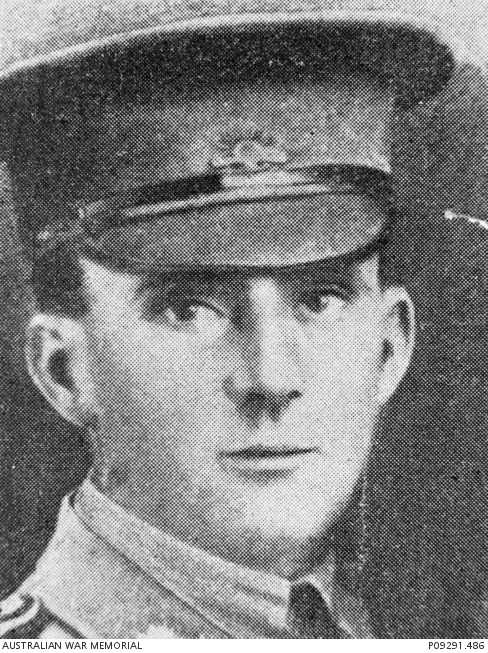 Studio portrait of 339 Private Francis Michael Nelson, 32nd Battalion. A police constable from Unley, South Australia, prior to enlistment, he embarked with C Company from Adelaide on 18 November 1915 aboard HMAT Geelong (A2) for Suez. While in Egypt, he was promoted to Temporary Sergeant (T/Sgt) on 9 March 1916. The battalion relocated to the Western Front, France, during the following June. T/Sgt Nelson was promoted to Second Lieutenant on 9 August 1916. Later that month he was wounded in action near Fleurbaix and was able to rejoin his unit in late September 1916. He was promoted to Lieutenant (Lt) on 25 November 1916. Lt Nelson was detached to the 8th Training Battalion in Codford, England, on 11 July 1917 for a seven month tour and initially completed a course at Bombing School where he qualified as Instructor. He rejoined his battalion on the Western Front, near Warneton in mid-February 1918. Lt Nelson was killed in action near Corbie, France, on 26 June 1918. He was aged 33 years.