Studio portrait of Staff Sergeant A Lowry. Image is from a commemorative Honour Board with a ... 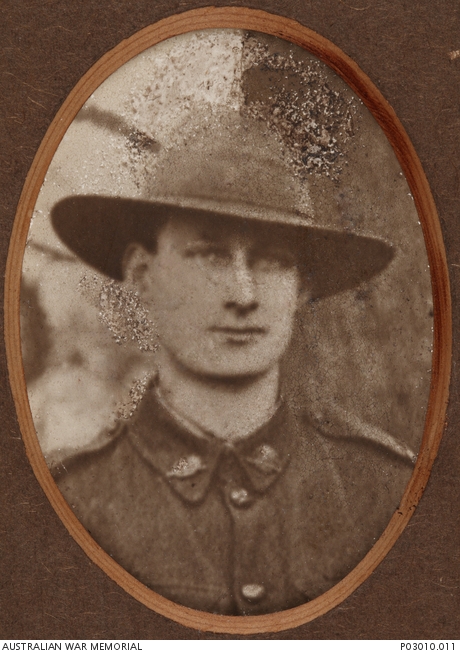 Studio portrait of Staff Sergeant A Lowry. Image is from a commemorative Honour Board with a group portrait and individual studio portraits of men who worked at Hoffnung & Co Ltd, Brisbane, Queensland and who served in the First World War. Believed to be 3852 Staff Sergeant Arthur Lowry, Australian Army Medical Corps (AAMC) from Brisbane. A 23 year old costing clerk prior to enlisting on 23 August 1915, he embarked for overseas with the 9th Reinforcements of the 25th Battalion from Brisbane on 31 January 1916. After arriving in Egypt, he transferred to the 2nd Pioneer Battalion and went with them to France where he was wounded in action in August 1916. He was evacuated to England where he had his left leg amputated but continued to serve in the UK with the AAMC until arriving back in Australia on 14 September 1920.