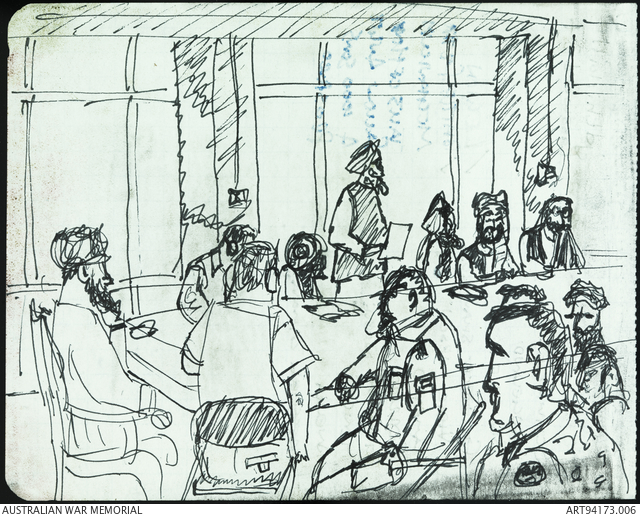 Green cloth bound sketchbook containing six drawings from Major Julian Thirkill when deployed to Afghanistan in 2009 to undertake operations as part of the Mentoring and Reconstruction Task Force (MRTF).This image on the verso of page 19 and depicts a meeting with thirteen men in a room with large windows. Most of the occupants are Afghan local government officials and there are at least four Australian military personnel. These meetings held regularly between the local government and the military are part of the mentoring and reconstruction task force duties. The hierarchy of those present can be seen in the style of the seating with the Deputy Governor having the large armchair at the head of the table and the Australian military having the folding chairs to the side.