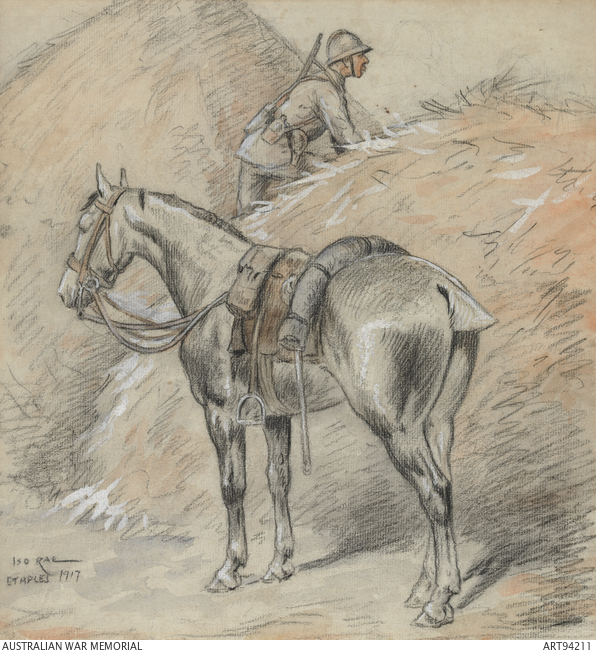 A French soldier with his mount at Etaples camp during the First World War. Verso: a rough sketch of a horse.

Iso Rae was one of only two Australian women artists who depicted the First World War at close poximity to the front line. Strategically located near the coast of northern France, Etaples was the scene of immense concentrations of Commonwealth reinforcement camps and hospitals. It served as a training and retraining ground for forces about to enter battle; a depot for supplies; a detention centre for prisoners, both allied and enemy; and, adminstered nearly 20 general hospitals that served the wounded from the Somme battlefields. By 1917, there were 100,000 troops camped there. Between 1915-19, Iso Rae produced some 200 pastel drawings while working as a Voluntary Aid Detachment with the British Red Cross in one of the YMCA huts at the Etaples camp.