Outdoor portrait of three Australian RAAF observers who have just graduated from Bombing and ... 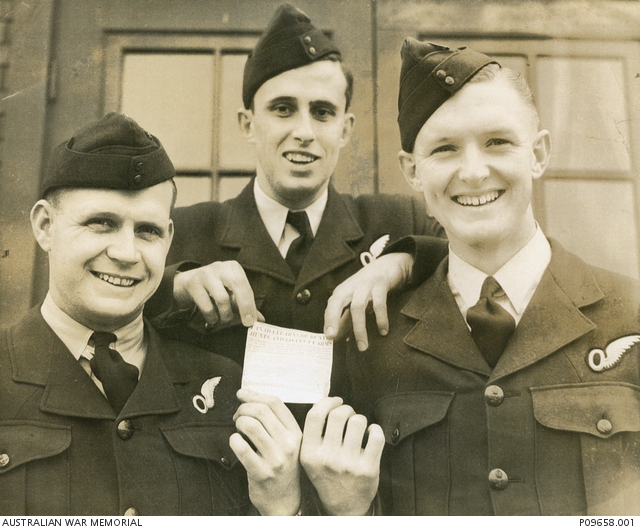