Alexandra Club Christmas billy, possibly at Gallipoli. The image on the billy consists of a ... 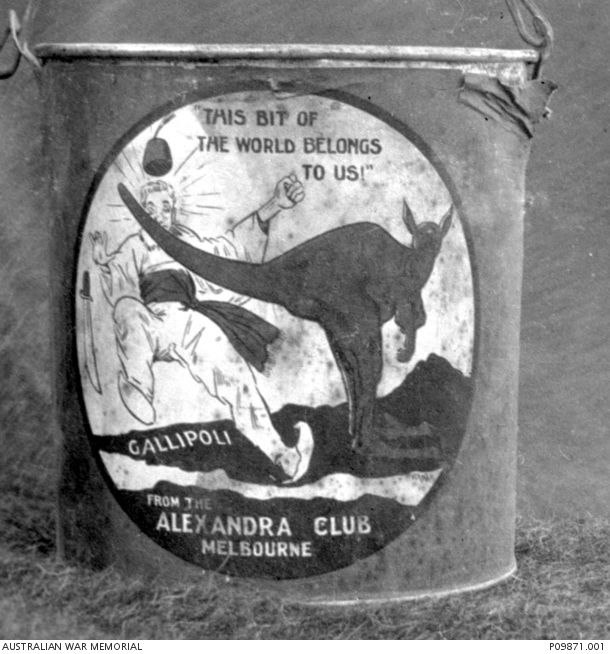 Alexandra Club Christmas billy, possibly at Gallipoli. The image on the billy consists of a kangaroo on the Gallipoli peninsula using his tail to knock out a Turkish man. The inscription reads, 'This bit of the world belongs to us ! Gallipoli. From the Alexandra Club Melbourne.' The Alexandra Club had a program whereby they provided these billies to interested citizens to fill with gifts for soldiers at Gallipoli. According to an article in The Argus newspaper on 22 September 1915, 20 000 billies had been distributed up to that date. (One of a series of photographs in the collection of 4414 Lance Corporal Thomas Sydney Harrison.)