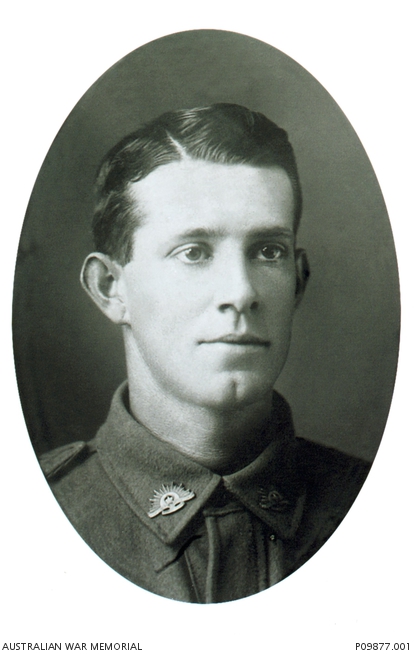 Studio portrait of 2691 Private (Pte) John Patrick Keenan, 53rd Battalion. A brushmaker from Ashfield NSW, Pte Keenan embarked with the 6th Reinforcements, on 7 October 1916 aboard HMAT Ceramic (A40). In September 1917 Pte Keenan was promoted to the rank of Lance Corporal (L Cpl). On 1 September 1918 L Cpl Keenan was involved in an attack with B Company 7th Platoon near Peronne. During this attack he was shot in the abdomen and evacuated to the 53rd Casualty Clearing Station. L Cpl Keenan died on 4 September 1918 and was buried at the Daours Communal Cemetery in France.