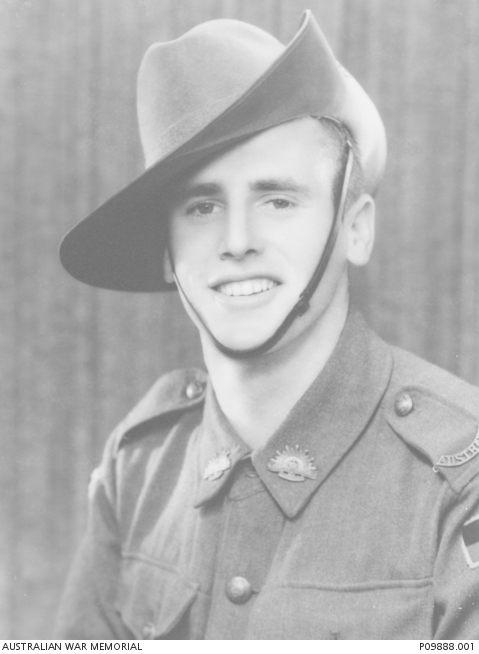 Studio portrait of NX45325 Private (Pte) Gavin Robertson Thomas Wynd. Pte Wynd was a shop assistant before enlisting on 24 June 1940 at the age of 20. Whilst serving in Papua New Guinea with 2/1 Battalion, Pte Wynd was killed in action at Eora Creek on 23 October 1942. Ninety-nine Australians lost their lives in the Battle of Eora Creek, which lasted from 20 to 29 October 1942, and another 192 were wounded. It was to be the most costly battle of the Kokoda Campaign. The body of Pte Wynd was buried at Eora Creek War Cemetery (image 072350). These graves were later transplanted to the Bomana War Cemetery, Port Moresby.