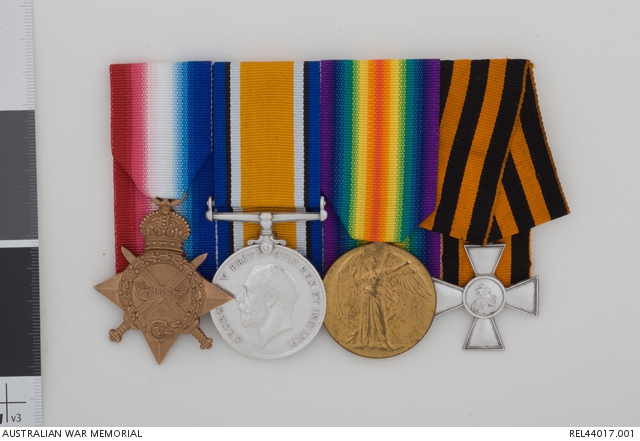 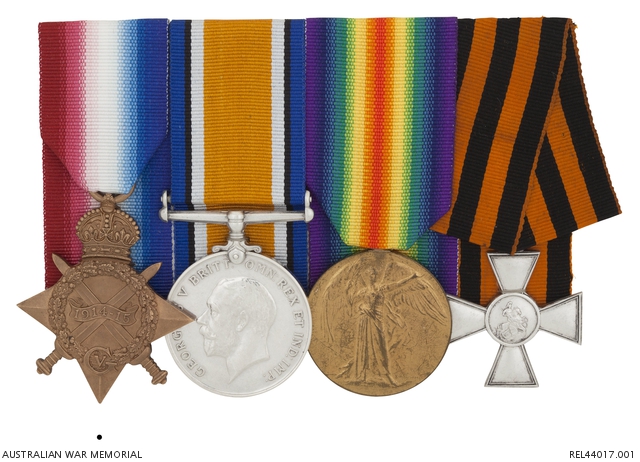 Sidney Firth Lumb, born 8 April 1893 at Abbottsford, Melbourne, had just completed his third year final exams at the dental faculty of the University of Melbourne when he and a group of fellow student dentists enlisted in the AIF on 21 November 1914; one apparent condition of their enlistment was that they would serve for one year before returning to Australia to complete their course.

Lumb was appointed to the 1st Australian General Hospital as an orderly under service number 140. He served with this unit in Cairo before being transferred as a dental assistant to Captain Logan, a New Zealand Medical Corps dentist, on Gallipoli. Here, dental disease among allied troops was particularly bad; by the end of July, notes A G Butler in his first volume of the Australian Army Medical Services Official History, "from the 1st Australian Division alone, 600 cases had been evacuated for this cause". After the evacuation of Gallipoli, Lumb was based on the island of Imbros at the NZ Medical Corps Hospital. The small number of dentists, lack of dental supplies and a high demand for dental care was as evident here as it was throughout the Australian, New Zealand and British Forces. This was a reflection of the low priority accorded dental care in the early war period: it wasn’t until dental disease resulted in large personnel losses amongst operational forces that the matter was taken seriously, and between January and April 1916, some 36 new dental units were formed.

After returning to Egypt, Lumb was transferred to the 1st Light Horse Regiment on 14 January 1916 and promoted to corporal on 7 March. He remained with the regiment for eighteen months, and was actively involved in the Battle of Romani. Of the events of 3 August 1916 during this battle, Lumb wrote: "We were roused at midnight, and saddled up and away. We met the enemy attacking, and had to engage them in the open without trenches, and only tussocks to hide us, and so we held on till daybreak, gradually driving the enemy on. At daybreak our artillery opened and we withdrew. …we galloped across a gully about a mile under a hail of bullets. I’m glad to say that I got all the wounded in my section away, leaving only the dead. In the mad rush I had two horses shot under me with shrapnel, and managed to get a third – for there were a few empty saddles – and thus got under shelter." Although Lumb only casually mentions his rescue of the wounded in this account, he was recommended for the Military Medal for this action. Apparently this recommendation was not made on the correct form and was thus not approved; instead, the Russian award of the Russian Cross of St George (Third Class) was substituted and Lumb’s name submitted. The award was bestowed on Lumb on 23 September 1916. He was one of only four Australians to be accorded it during the First World War.

On 10 August 1917 Lumb was transferred to the 71st Dental Unit (formed in 1916), attached to the 14th Australian General Hospital and from there, a week later, to the Camel Brigade Field Ambulance. He was promoted to staff sergeant (dental mechanic) on 21 August. The AIF dental units were the smallest in the Australian Army – consisting of just four men: a dentist (a lieutenant), two dental mechanics (staff sergeants) and an orderly (private).

In March 1918 Lumb applied for a commission and attended the Officer Cadet School at Zeitoun, Egypt where he qualified for a commission and was appointed a second lieutenant; in July he was posted to 1 Squadron, Australian Flying Corps where he received training as an aerial observer. On 13 August he was posted to the General Light Horse Reinforcements and, at the war’s end, returned to Australia aboard the hospital transport 'Somali', which left Suez on 26 December 1918. Lumb’s AIF appointment terminated in Melbourne in April 1919.

Throughout his service, Lumb appears to have ignored the offer to return to his dental studies after a year of service, although his father, Thomas, certainly did not. Between 23 January 1917 and 22 August 1918 he wrote five an increasingly irate letters, to the Army, to the Minister of Defence and to the Secretary of Defence (threatening to "move in Parliament about this matter"), bringing their attention to the one year agreement and insisting that his son be returned to Australia to complete his studies. Defence certainly did not ignore these pleas, and a paperwork exists on Lumb’s file ultimately confirming and approving his return to Australia. The stumbling block appears to have been Sidney Lumb himself, who ignored these offers to return. Possibly he resented his father’s intervention. A letter from the "AIF in Egypt" to all the Australian mounted units, training depots and headquarters, dated 1918, specifically notes "Approval has been given by the Defence Department for Dental students who have completed Third Year to be returned to Australia for completion of course on the understanding that they are to re-enlist in the AIF if their services are required. Kindly forward to this Office a Nominal Roll of any such personnel under your Command who are desirous of returning to Australia on the above conditions." Apparently Lumb was not 'desirous'. He completed his degree in his own time (his Bachelor of Dental Science in 1919 and Doctor in 1932) and enjoyed a prestigious career, becoming, in 1933, president of the Australian Dental Association (Victorian branch), a councillor of the Australian College of Dentistry, and a member of the Metropolitan Hospitals Association. He died in 1988.