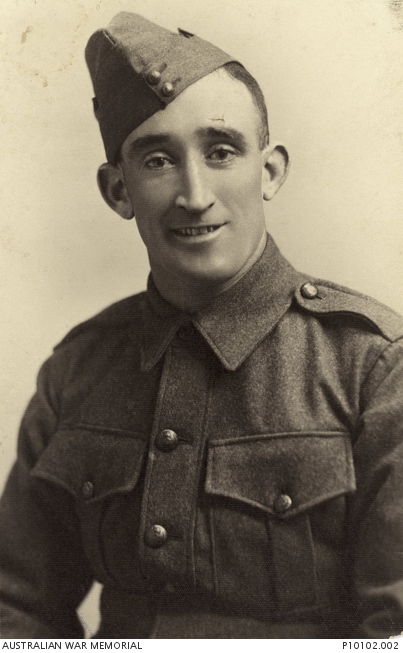 Studio portrait of VX40227 Private (Pte) Maxwell McKenzie, 2/22 Battalion. Pte McKenzie enlisted in June 1940 and served in New Britain. Following the Japanese invasion of January 1942, he was taken prisoner of war (POW) and held at Rabaul. On 22 June 1942 Pte McKenzie was one of an estimated 845 POWs and 209 civilians who embarked from Rabaul aboard the Japanese transport ship MV Montevideo Maru. The POWs were members of 2/22 Battalion, No. 1 Independent Company, and other units of Lark Force. Civilians included officials of the New Guinea Administration and missionaries. The ship sailed unescorted for Hainan Island. On 1 July 1942 all the prisoners died when the Montevideo Maru was torpedoed by a US Navy submarine, USS Sturgeon, off the coast of Luzon Island in the Philippines.