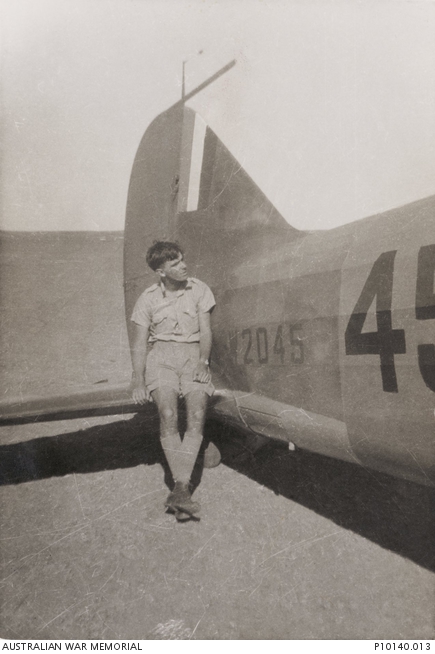 416798 Aircraftman (AC) Mervin John (Merv) Smart, 466 Squadron RAAF, of Brighton, South Australia, leans on his plane after his first solo flight. AC Smart enlisted with the RAAF in September 1941 and sailed to England in August 1942. He was promoted to Flight Sergeant (Flt Sgt) before he was killed during operations on 31 August 1943 when the aircraft that he was the pilot of, Wellington HZ531, was involved in a collision. HZ531 had taken off with 14 other aircraft of the 466 Squadron from RAF Leconfield to carry out a bombing attack on Munchen-Gladbach, Germany. HZ531 and another aircraft, LN292, failed to return after a collision en route to the target. HZ531 crashed at Howden, England killing all on board. Flt Sgt Smart was 21 years old.