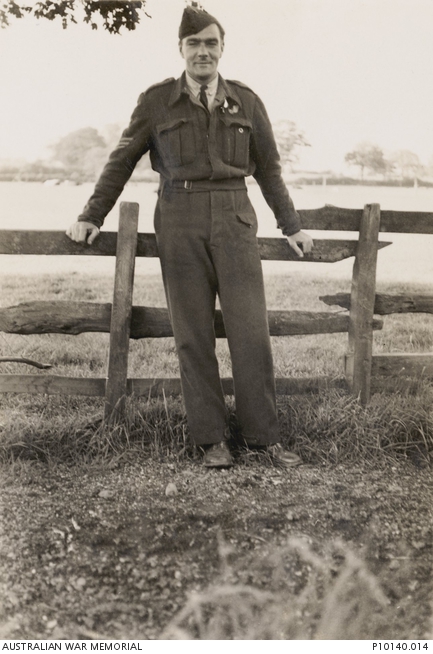 410436 Flight Sergeant (Flt Sgt) Edwin Henry Berry, 466 Squadron RAAF, of Northcote, Victoria. Flt Sgt Berry was the Wireless Operator Air Gunner in a five man crew who were killed in operations on 31 August 1943, when their aircraft Wellington HZ531, was involved in a collision. HZ531 had taken off with 14 other aircraft of the 466 Squadron from RAF Leconfield to carry out a bombing attack on Munchen-Gladbach, Germany. HZ531 and another aircraft, LN292, failed to return after a collision en route to the target. HZ531 crashed at Howden, England killing all on board. Flt Sgt Berry was 26 years old.