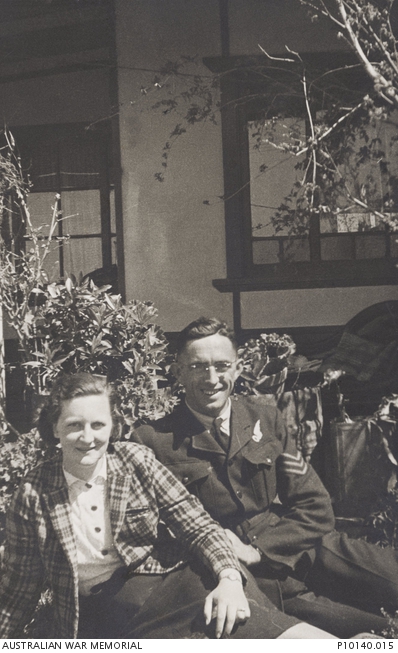 420353 Flight Sergeant (Flt Sgt) James Barber (Jim) McLachlan, 466 Squadron RAAF, a farmer from West Wyalong, New South Wales, sits with Doris Nash at Wyalong during Jim's final leave. Flt Sgt McLachlan was the Bomb Aimer in a five man crew who were killed in operations on 31 August 1943 when their aircraft Wellington HZ531 was involved in a collision. HZ531 had taken off with 14 other aircraft of the 466 Squadron from RAF Leconfield to carry out a bombing attack on Munchen-Gladbach, Germany. HZ531 and another aircraft, LN292, failed to return after a collision en route to the target. HZ531 crashed at Howden, England killing all on board. Flt Sgt McLachlan was 30 years old.