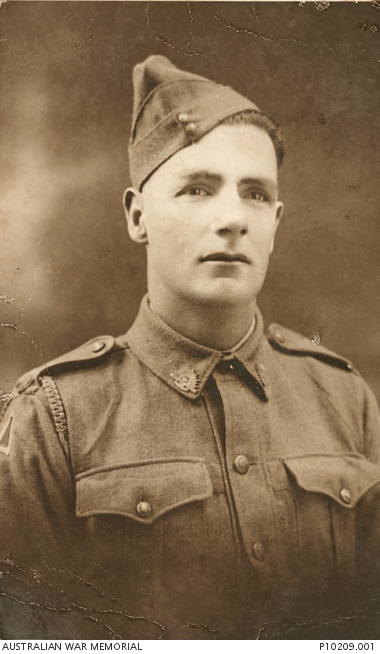 Studio portrait of NX7108 Private (Pte) James Henry Williamson of Kogarah, NSW. Pte Williamson enlisted on 6 May 1941 at Paddington, NSW, with the Australian Army Service Corps as part of Gull Force. He was captured on the island of Ambon and was killed by Japanese troops on 20 February 1942. Pte Williamson has no known grave, his name is recorded on the Ambon Memorial.