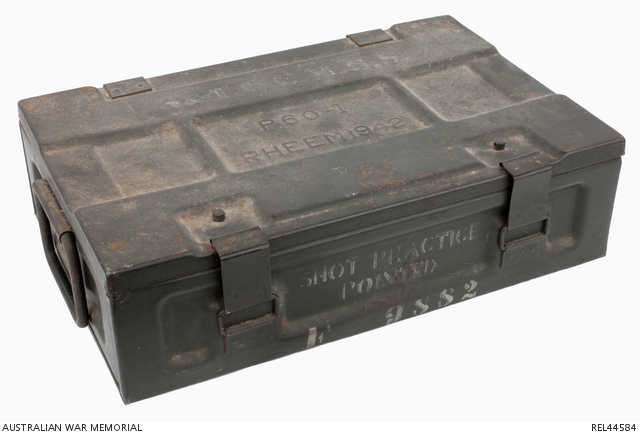 The story of this particular container is not known. Stencilling on the container indicates that it was used to stow practice ammunition.