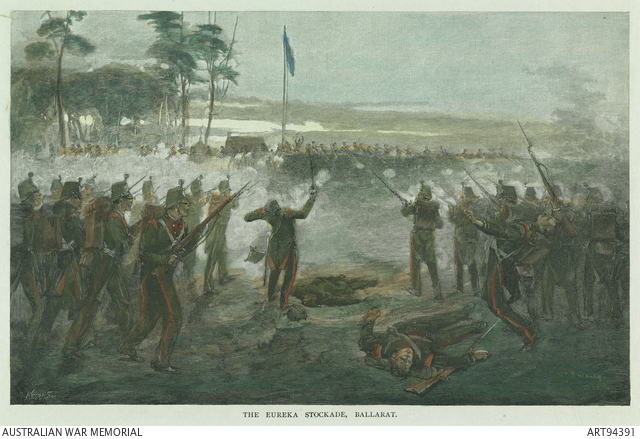 This engraving of the storming of the Eureka Stockade was published in 'the Picturesque Atlas of Australasia', as part of a section titled ' a historical sketch of Victoria' and depicts the attack by soldiers of the 12th and 40th Regiments to break the Stockade on 3 December 1854.