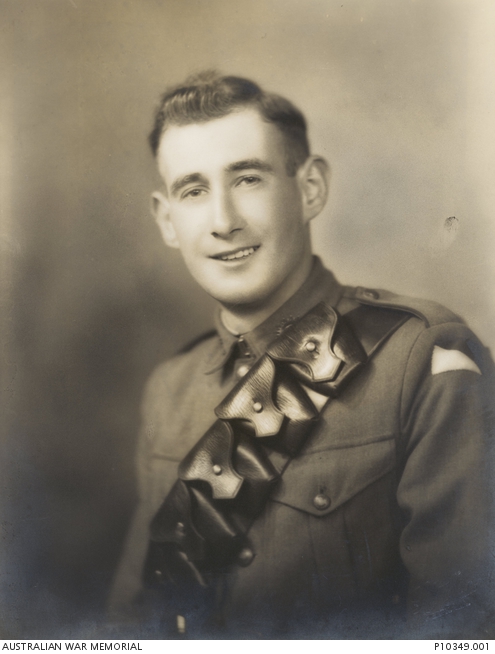 Studio portrait of WX12952 Private (Pte) Albert John Schorer, 25 Light Horse Machine Gun Regiment. A farm labourer from Wahkinup, WA prior to enlistment, Pte Schorer later transferred to 2/4 Machine Gun Battalion before embarking for the Middle East. Subsequently transferring to 2/32 Battalion, he was reported as missing in action and it was later confirmed that he was a prisoner of war. Whilst a prisoner, he died of illness on 12 August 1942, aged 23, and was buried in the British section of the Benghazi War Cemetery, Libya.