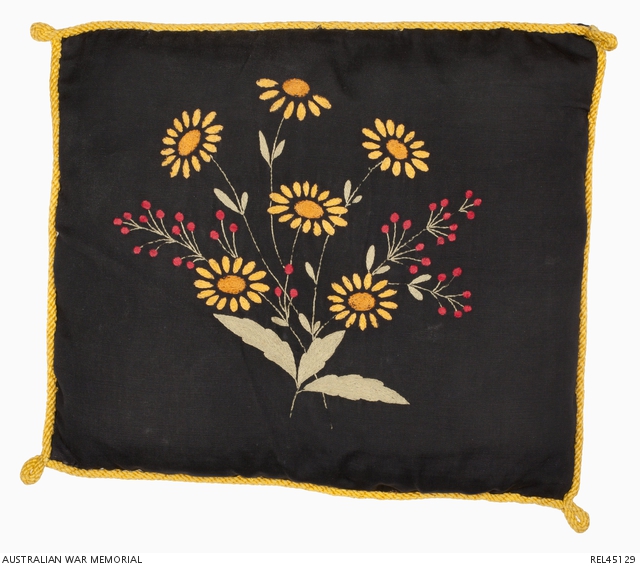 Born in Sydney in 1892, Albert Biggs, who is said to have disliked being called 'Bert Biggs', was working as a labourer when he enlisted in the AIF on 29 May 1915, using the alias Alfred Briggs.

After initial training, Briggs was assigned as a private, service number 1671, to the 2nd reinforcements for 20 Battalion. He left Sydney for overseas service on 19 June, aboard HMAT A61 Kanowna. The battalion trained briefly in Egypt before arriving at Gallipoli in late August, where they defended Russell's Top until they were evacuated to Egypt in December.

The battalion moved to France, for service on the Western Front in April 1916. Briggs was promoted to lance corporal on 14 May but reverted to the rank of private on 16 July at his own request. He received a gunshot wound to his left leg on 5 August, during the battalion's first major action at Pozieres, and was evacuated to the 3rd London General Hospital.

Two months later Briggs was discharged to the 5th Training Battalion, where he remained until he rejoined the 20th Battalion in France on 19 February 1917. He was promoted to lance corporal on 23 March. On 15 April Briggs was awarded the Military Medal for 'great initiative and bravery', at Lagnicourt.

Briggs was severely wounded during the second battle of Bullecourt, on 5 May, sustaining a penetrating shrapnel wound to his left knee and a severe fracture of the humerus, just above his right elbow. He was evacuated to the 6th Field Ambulance, then to a casualty clearing station, and finally to the 1st Australian General Hospital at Rouen, where he remained until the end of April 1918. On 29 April he was transferred to England, to the Tooting Military Hospital in London. In July Briggs was sent to 1 Australian Auxiliary Hospital at Harefield, suffering from disability and a mental condition, to prepare him for his return to Sydney in September. He spent nearly two years at the 4th Australian General Hospital (4 AGH) at Randwick, and convalescent homes, before his discharge from the army on 7 July 1920.

Brigg's wounds permanently fused his left knee, and so damaged the nerves in his right arm that he had very little function in that hand. He was encouraged to take up embroidery as a means of both passing the time and of 'training' his left hand in fine motor skills. This example is thought to have been completed while he was at 4 AGH. While he was in hospital Briggs' wallet and Military Medal were stolen from his bedside locker. A new medal was issued to him, correctly named at his request to 'Biggs'.

Towards the end of his long life Biggs lived with his niece, Emily, and her husband Fred Lees. She made three of her uncle's rehabilitation embroideries into cushions, which were always positioned on her living room sofa. The embroideries were donated to the War Memorial in memory of Albert Biggs.