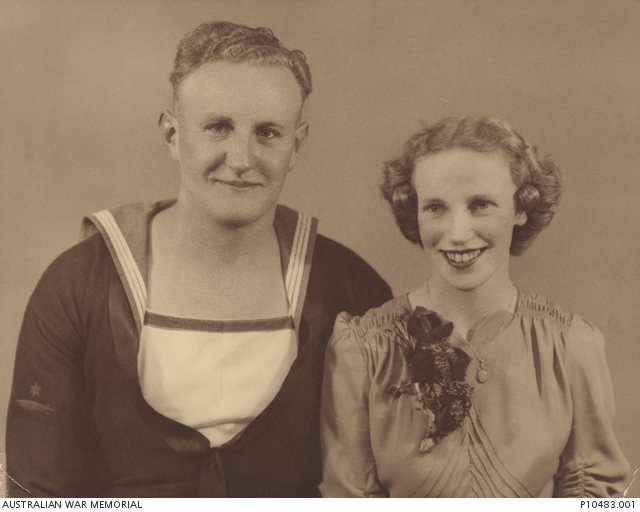 Studio wedding portrait of F3222 Ordinary Seaman Arthur James Smith, Royal Australian Naval Reserve (RANR) from Marylands, Western Australia and his wife Hilda Edith Smith. After enlisting in the RANR on 25 October 1940 at the age of 21, he was killed in the sinking of the HMAS Kuttabul in Sydney Harbour on 1 June 1942. On the night of 31 May/1 June 1942 three Japanese midget submarines attacked Sydney Harbour. They were launched from a group of five larger submarines waiting off the Heads. All three midget submarines were lost, with two of them destroyed before they could fire their torpedoes. The third fired at but missed the USS Chicago, sinking HMAS Kuttabul, a coverted ferry, and killing 21 sleeping sailors aboard. Ordinary Seaman Smith is buried in the Rookwood Necropolis, Sydney.