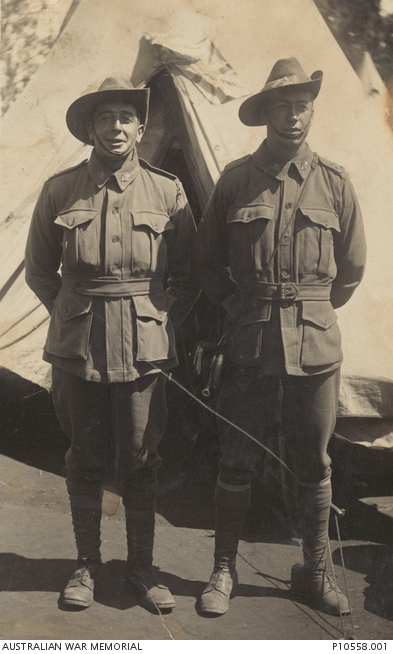 Portrait of Private (Pte) 774 Emanuel (Mannie) Percival Davis, 11th Battalion (left) and an unidentified soldier. Pte Davis was a 27 year old commercial traveller from Morrawa, WA, when he enlisted at Geraldton, two weeks after the declaration of war. He trained with the first intake of the battalion at the Blackboy Hill training camp, near Perth, before embarking for Egypt and Gallipoli aboard HMAT Ascanius "A11" on 11 November 1914. He died at Gallipoli of wounds received from a shrapnel shell, while his unit was in reserve, on 18 July 1915.