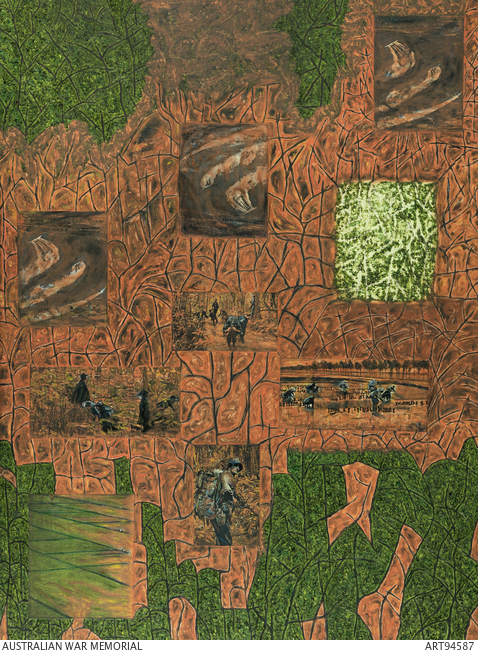 Themes related to the suffering caused by conflict especially the physical, psychological and social impacts on veterans have long been the focus of Tallis's art. This painting is from a series exhibited in 1989 about the Vietnam war. Painted over a twelve month period which to the artist came to symbolise her own 'tour of duty'. The genesis of the series grew out of the artists' personal responses to watching the Vietnam war in nightly news bulletins as a teenager in suburban Melbourne. Later she was inspired through her friendships and conversations with Vietnam veterans and the photographic collection of the Australian War Memorial. The aim was to show the war through the eyes of the Vietnam Veterans representing their experiences and fears.

Defoliation relates to the destructive use of herbicides known as Agent Orange, Agent blue and Agent White on the environment of Vietnam and specifically its ongoing ramifications for both Australian veterans and people of South Vietnam who were exposed to the chemicals.