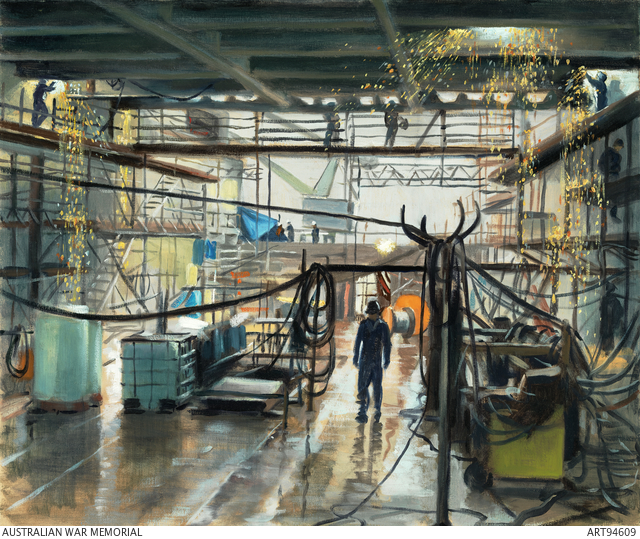 As an Official War Artist, Peter Churcher was appointed in February 2002 to spend three weeks with the Royal Australian Navy (RAN)in the Persian Gulf. He then flew to Diego Garcia in the Indian Ocean with the Royal Australian Air Force (RAAF) and also spent time with the ADF stationed in Afghanistan. In 2011 Churcher was commisioned to represent the future HMAS Canberra and the HMAS Adelaide at the Navantia ship yards in Ferrol, Spain.

Inside LHD2 (HMAS Adelaide) during construction at Ferrol, Spain.