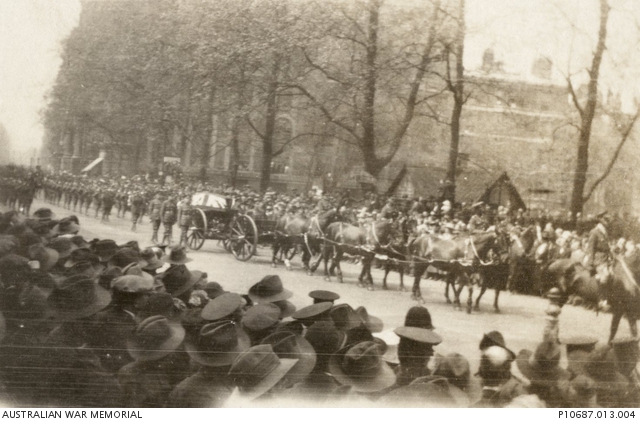 The funeral procession of Nurse Edith Cavell, en route to Westminster Abbey via Victoria Street. Escorted by guardsmen, the flag covered coffin was transported on a gun carriage. Crowds line the street. Nurse Cavell was executed on 12 October 1915 by a German firing party. Buried initally in Belgium, her body was exhumed after the war ended in 1918 and was transported to Norwich where she was laid to rest in the Cathedral grounds, close to where she grew up. One of a series of images in an album relating to the wartime service of Lieutenant Harry Downes MC MM, 48th Battalion.