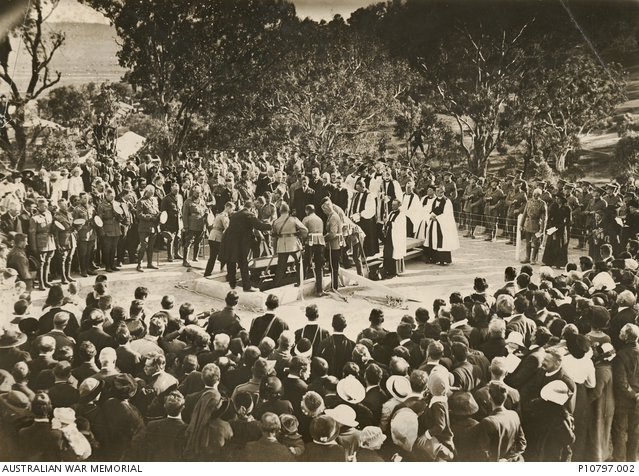 The burial of Major General (Maj Gen) Sir William Throsby Bridges, KCB, CMG. The Commander of the Australian Imperial Force and of the 1st Australian Division, Throsby was mortally wounded on 15 May 1915 during the Gallipoli Campaign. Though he was initially buried in Alexandria, Egypt, his body was exhumed on 27 July 1915 and reinterred on Mount Pleasant overlooking the Royal Military College, Duntroon. With the exception of the Unknown Australian soldier reinterred at the Australian War Memorial in 1993, Maj Gen Throsby was the only Australian to die overseas during the First World War and be reinterred on Australian soil.