Honour Board of The Boys of the Shirley School (via Beaufort, Victoria) who fought in the Great ... 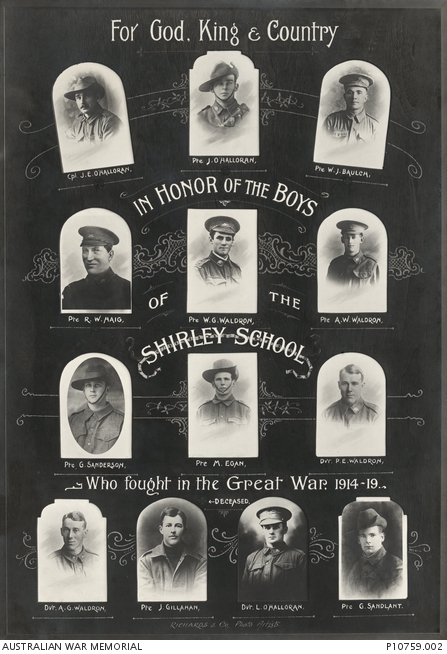