A British firearm used by a contingent of Australian gunners deployed in support of the British ... 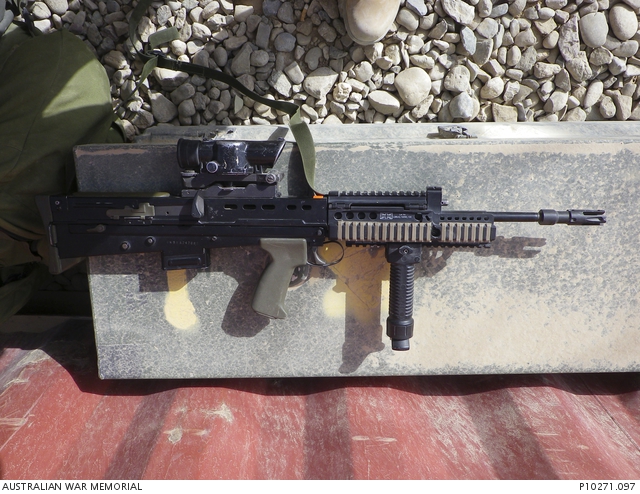 A British firearm used by a contingent of Australian gunners deployed in support of the British 7th Parachute Regiment, Royal Horse Artillery.

This image was taken by Nick Fletcher, Senior Curator of Military Heraldry and Technology at the Australian War Memorial, as part of the Memorial's Curators in the Field program. This program aims to continue the Memorial's tradition of documenting Australian's experience at war, through observing the Australian Defence Force and collecting records, photographs, oral histories and objects for the Memorial's National Collection. Nick travelled to Afghanistan with the Australian Defence Force from January to February in 2011, together with fellow staff members Stephanie Boyle, Senior Curator of Film and Sound; and Peter Pedersen, Head of the Research Centre.