Sons of the empire 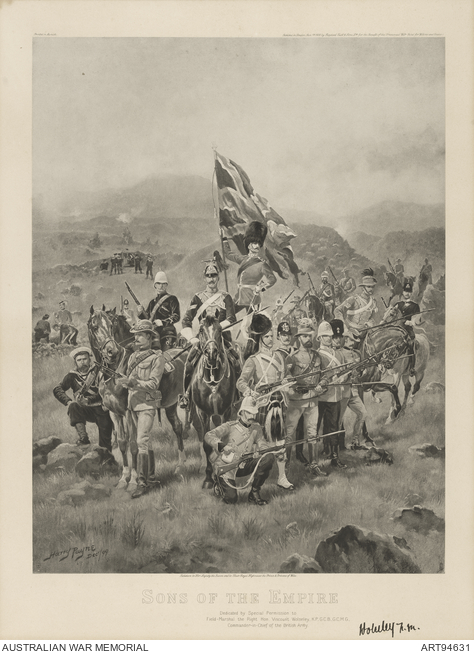 'Sons of the Empire' was created by Harry Payne and published in London on the 1st January 1900 by Raphael Tuck & Sons. Produced during the Boer War, the print shows British and other soldiers of the Commonwealth united under a Union Jack flag. One of the soldiers on the left has been identified as Australian from the Victorian Mounted Rifles. The print was published and signed by the Right Honourable Viscount Wolseley K.P, G.C.B, G.C.M.G, Command in Chief of the British Army, in an attempt to raise money for the Widows and orphans fund. The sale of this print reflects the difficulties and hardships faced by British families, and their need for support, as a result of the large number of casualties sustained during the Boer War.