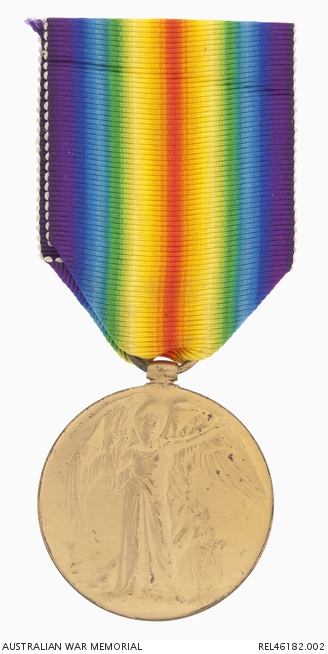 Born in Melbourne in 1892, Claude Robert James Thompson, described himself as a 'motor expert', when he enlisted in the AIF on 16 March 1916, aged 24. He listed no family as his next of kin, but nominated his friend Henry Staines Brittingham in whose Richmond house he was living. Edith Brittingham, Mr and Mrs Brittingham's daughter, who lived at a separate address, was later noted as his next of kin, and may have been his fiancee, but this appears not to have been accepted by army authorities.

Thompson has served in the militia for four years previously with the Australian Army Service Corps as a lieutenant and was posted a second lieutenant in the AIF upon his enlistment. Embarking from Sydney aboard the HMAT Demosthenes in early May 1916, he was assigned to the 11th Depot Unit of Supply, and joined the 29th Supply Company at Larkhill, the Australian training establishment in England.

In October 1916 he applied for discharge with the AIF on being accepted into the Royal Flying Corps (RFC), one of the first batch of 183 AIF volunteers for the Corps. He was attached to No 2 School of Instruction (probably located at Brooklands). After qualifying as a pilot, he was assigned to No 19 Squadron in Belgium in June 1917, flying SPADs with them until 14 November 1917. During this time he undertook ground attack missions as well as offensive patrols, and shot down six enemy aircraft between 19 July and 9 November, marking him as an ace.

In April 1918 Thompson transferred to the newly formed Royal Air Force. On 17 July 1918, while attached to 63 Training Squadron, 'Capt. Thompson was the pilot of a Sopwith Camel engaged on a training flight which involved firing at a target whilst diving towards it. At approximately 1,000 feet the aircraft went into a spin and he was unable to regain control and was killed in the crash.' Thompson is buried in Dartford (Watling Street) Cemetery, Kent. His medals were forwarded to Henry Brittingham.