Group portrait of the No 1 Officers' School of Instruction, taken at the Agricultural Grounds. ... 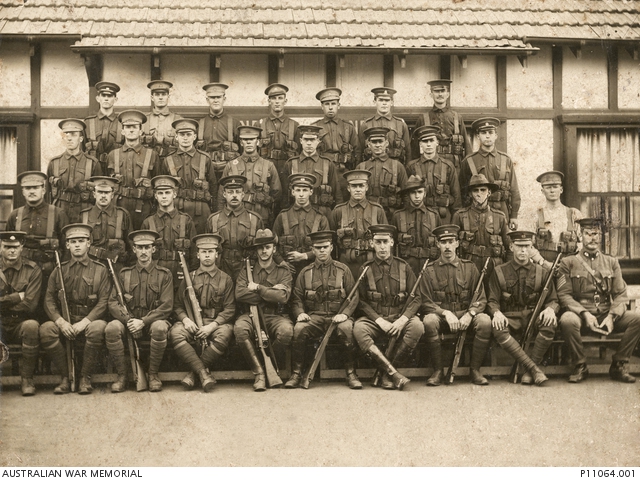 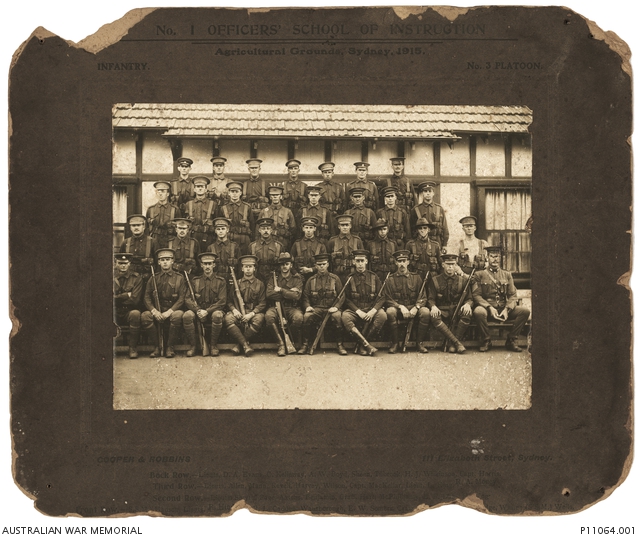