Letters from Dennis Gurney Broad to his mother, 1914 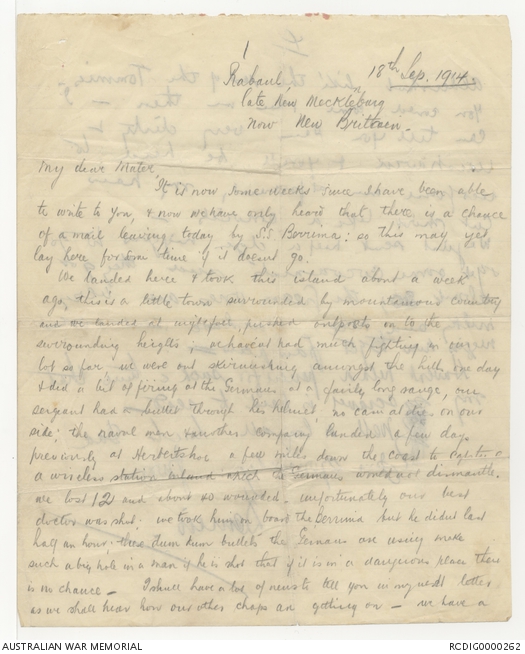 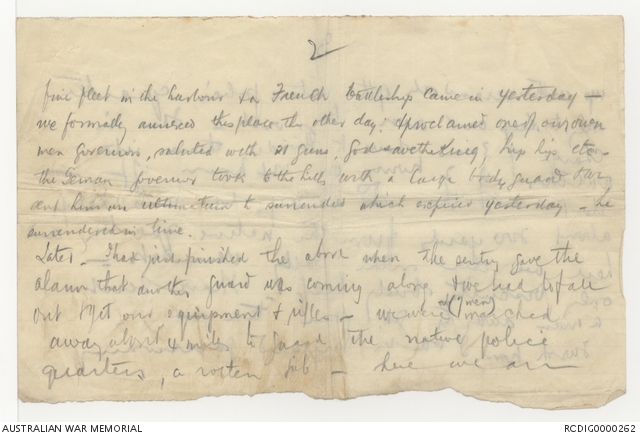 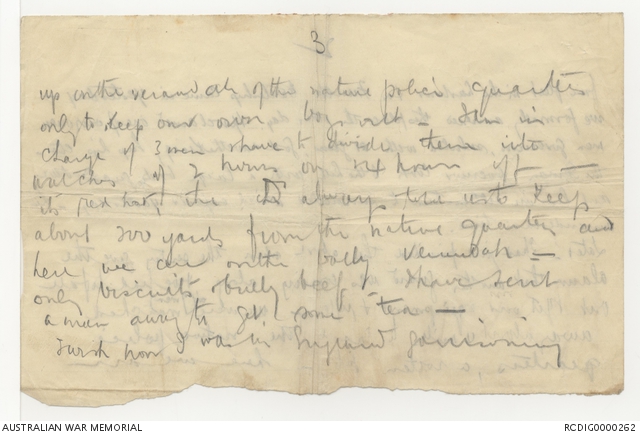 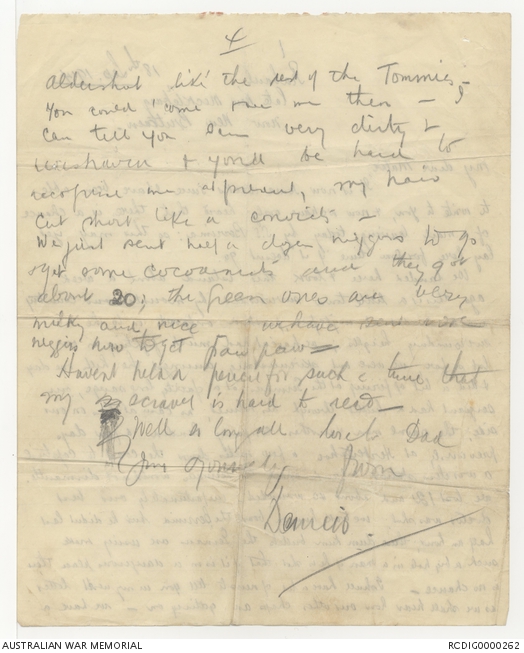 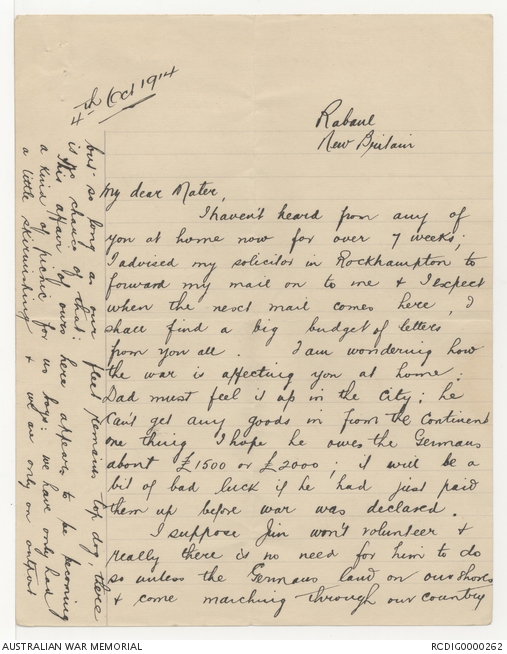 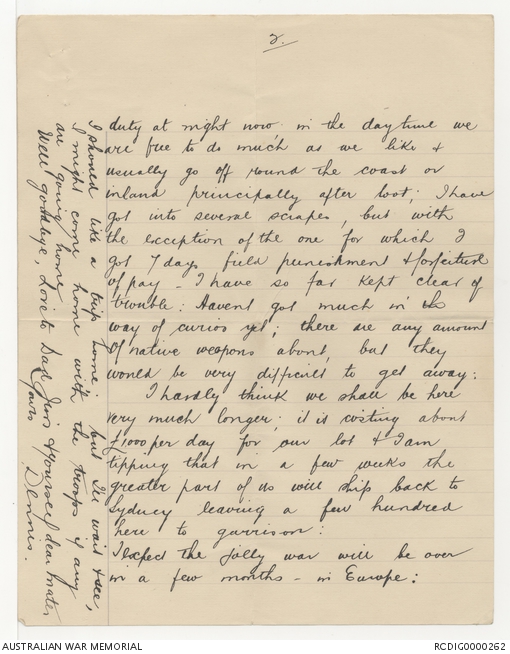 Letters relating to the First World War service of 190 Private Dennis Gurney Broad, AN&MEF. These letters were written by Private Broad to his mother, from Rabaul between September and October 1914. Broad writes about his experiences with the AN&MEF, and the war in general, including his belief that the war would be over within a few months.
File contains:
Letter from Dennis to mother, 18 September 1914;
Letter from Dennis to mother, 4 October 1914