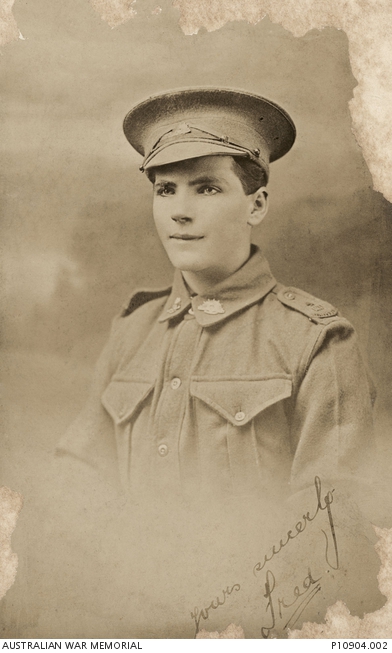 Studio portrait of 3691 Private Frederick Joseph Bingley, 1st Battalion. A junior clerk from Darlington, New South Wales, he enlisted in August 1915. Two of his brothers, Claud and George, would enlist after him. After a period of training in Egypt he joined his unit in France in March 1916. His brother Claud was killed in May 1917. By July 1918 Frederick had attained the rank of sergeant, and was serving with his unit at the crucial Battle of Amiens the following month. He was killed in action on 18 September 1918 near Brusle, and has no known grave. His name is recorded on the Villers-Bretonneux Memorial. He was 21 years old.