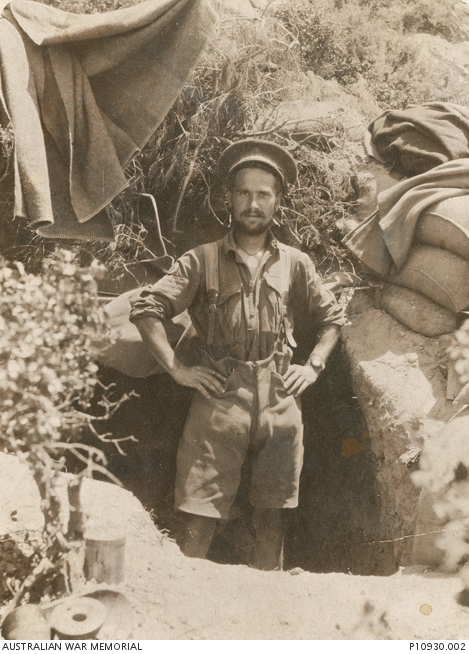 Informal portrait of 6 Sergeant (Sgt) William Woodall Mills, 2 Field Ambulance, in a dugout on the Gallipoli Peninsula. Sgt Mills had previously served for eight years with the Royal Army Medical Corps in the United Kingdom as a Sergeant Major before enlisting in the Australian Imperial Forces in 1914. After embarking on 20 October 1914, Sgt Mills arrived at the Gallipoli Peninsula to serve with the 2nd Field Ambulance. Sgt Mills was awarded the Military Medal for bravery in the field while serving with the 2nd Field Ambulance in France and was promoted to Warrant Officer Class 1 (WO1) in 1917. After receiving a gunshot wound to the head in April 1918, WO1 Mills returned to Australia via England.