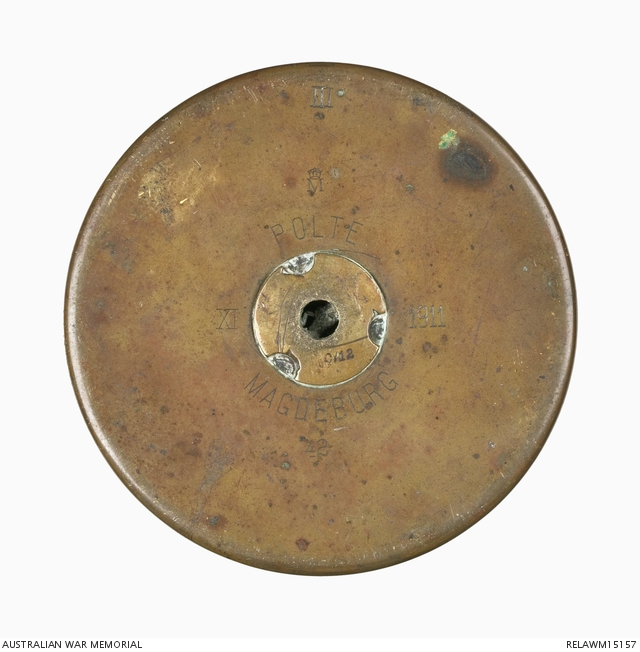 The German Raider 'Seeadler', a 1,571 ton steel-hulled commercial sailing vessel some 75 metres in length, was built by the Robert Duncan Company, Glasgow in 1888, and named the 'Pass of Balmaha'. In June 1915, en route to Murmansk from New York with a cargo of cotton, she was boarded and captured by a crew from the German submarine U-36 and sent to Cuxhaven, Germany where the ship was converted to an armed raider, being re-equipped with machine guns, two concealed 105 mm guns, a radio transmitter and a pair of auxiliary engines. Renamed the 'Seeadler' (Sea Eagle), the ship sailed on 21 December 1916, with Lieutenant Commander Felix Graf von Luckner in command.

Disguised as a Norwegian ship, 'Seeadler' successfully passed through the British blockade and into the Atlantic, down the east coast of South America and into the Pacific Ocean. Von Luckner and his ship proved to be highly successful and over the following eight months succeeded in seizing and scuttling 16 ships. On 1 August 1917 von Luckner anchored the 'Seeadler' at Mopelia Island in the French Society Islands (now French Polynesia), a small atoll eight kilometres in diameter, in order to clean the fouled bottom of the boat and stock up on fruit to counter the onset of scurvy amongst the crew. Because of the dangerously narrow coral passe from open sea into the island's lagoon, it proved impossible to enter the lagoon and the crew were forced to anchor outside the coral reef. The next morning the ship foundered on the reef while unattended and by mid afternoon was holed and wrecked. The crew salvaged all they could, including two lifeboats. Taking one of these, von Luckner and five men sailed for Fiji, landing at Wakaya where, despite attempting to bluff authorities, he was captured and sent to a POW camp in New Zealand.

The remaining German crew boarded and captured a French trading schooner, the 'Lutece', at gunpoint on 5 September, left the French crew on Mopelia and sailed for Chile. They ran aground off Easter Island and were impounded for the remainder of the war. Four of the American prisoners on Mopelia, meanwhile, sailed the remaining Seeadler lifeboat to Pago Pago, arriving on 4 October and alerted authorities to the remaining forty four men they thought were still on the atoll. Only the French remained, and the Help! sign they made to attract passing ships is also held in the Memorial's collection (see REL28925). The 'Seeadler' was not completely destroyed and HMAS Encounter was sent to investigate.

They arrived on 8 November 1917 and departed on the morning of 10 November. Officer Steward Second Class Ernest Stidston was a member of the crew and recalled in 1952: 'We found her straddled on the reef at the entrance to the atoll of Mophelia Island. A working party went aboard on the following day, removed a miscellaneous collection of some of the valuable gear, including two guns, but unfortunately the sling broke and we lost one gun in the sea. The heavy swell made it a very difficult job. However we got one aboard, also some very valuable lathes. The water is so deep adjacent to the island we had to keep under steam and could not anchor. Our Commander Wilmot with a boats crew entered the lagoon and made a thorough search of the huts which the Germans had built to accommodate the prisoners of war from ships they had sunk. This island being a French possession, we steamed to Papeete the capital of Tahiti and turned over most of the gear to the French authorities; some things we brought back to Sydney..'

Officer Steward Second Class Ernest Burnard Stidston, a station hand, born 6 December 1893 at Devon, England and a resident of Haberfield, NSW, enlisted on 2 March 1916 and served in HMAS Encounter until 12 July 1919. Stidston remained in the RAN and served in the Auxiliary Services as a Constable with the Naval Dockyard Police at Sydney from April 1938; he retired from the Navy in March 1953.