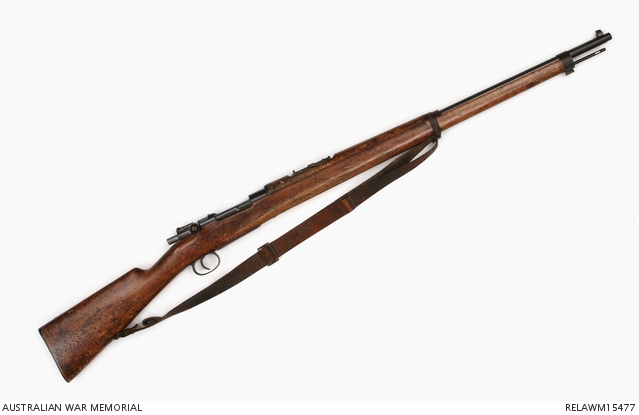 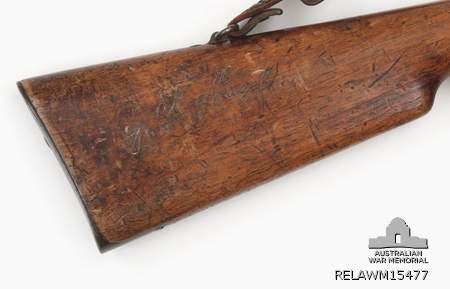 Model 1896 Mauser Rifle. The action is stamped DEUSCHE WAFFEN-UND MUNITIONS FABRIKEN BERLIN and the serial number. The butt is carved with the name of the Boer owner G J Nagel. The weapon is complete with a cleaning rod and a leather sling with a brass buckle.

This rifle was captured in the Orange Free State by the donor, Alfred L Waldron, while serving with Kitchener's Horse in the South African War. The name shown on the butt G. F. Nagel- is that of its Boer owner. The donor also served in the 1914- 1918 War with the 7th Battalion AIF and was wounded at the landing on Gallipoli.