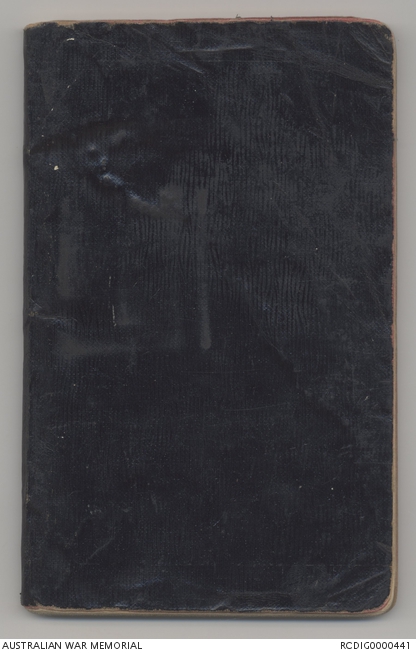 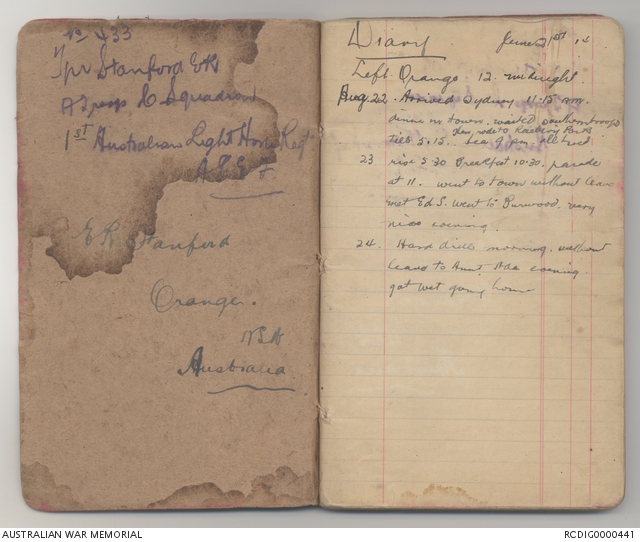 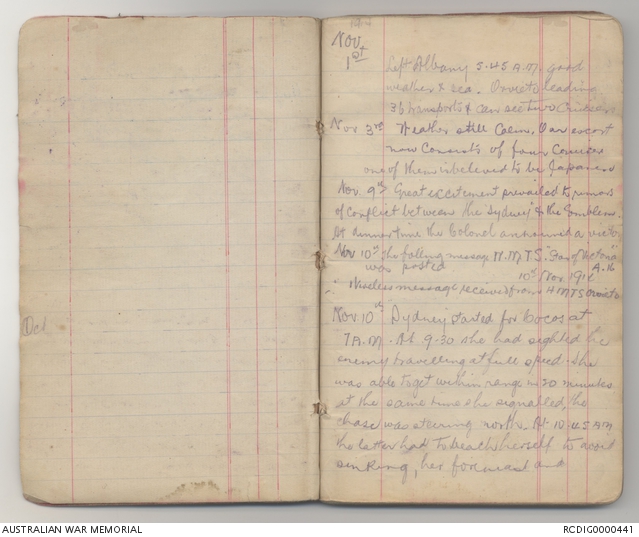 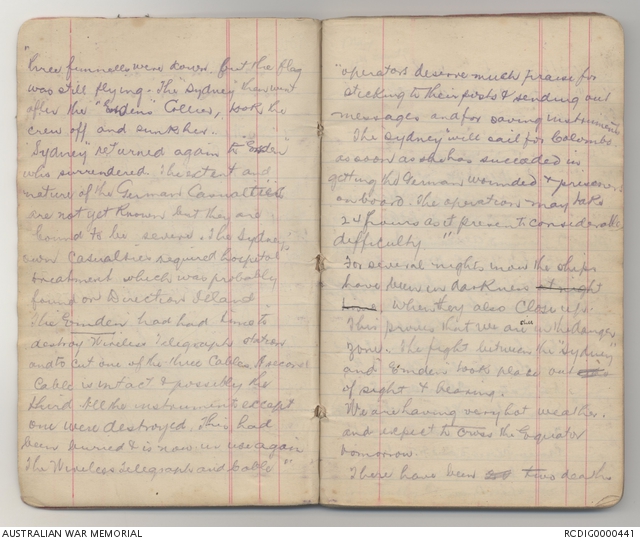 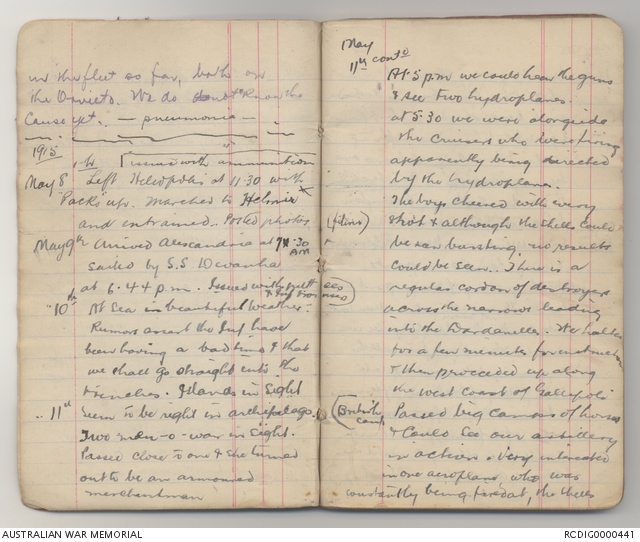 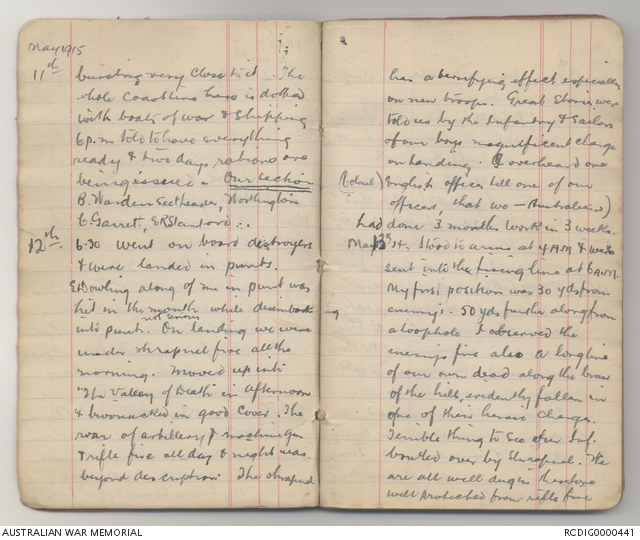 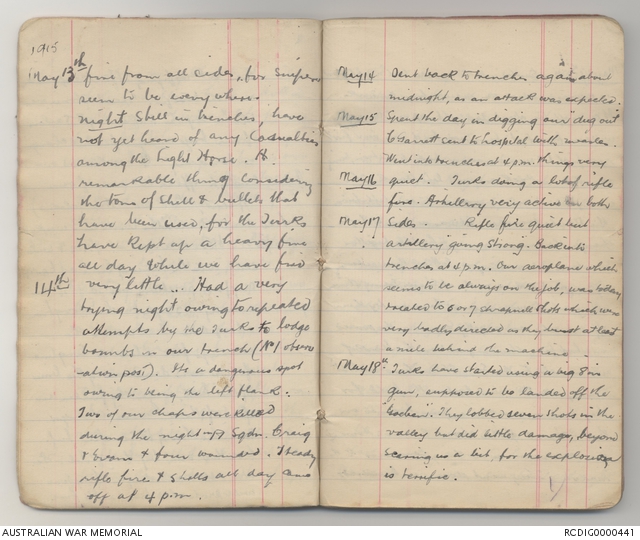 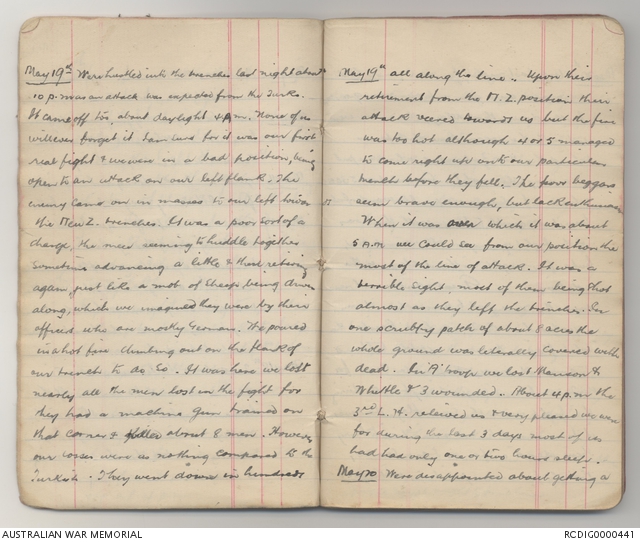 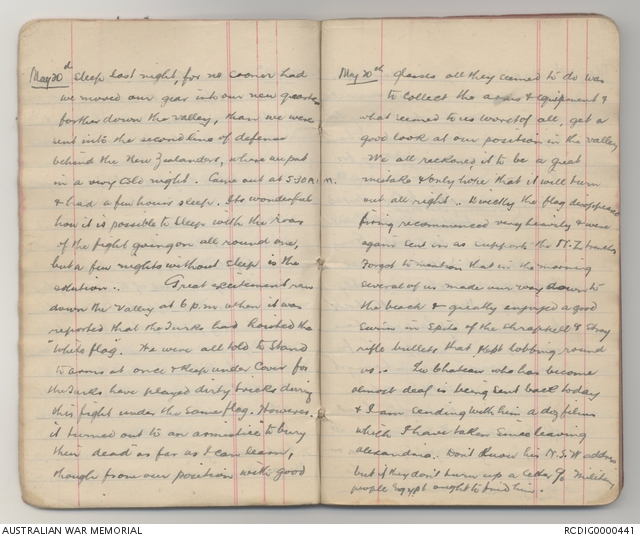 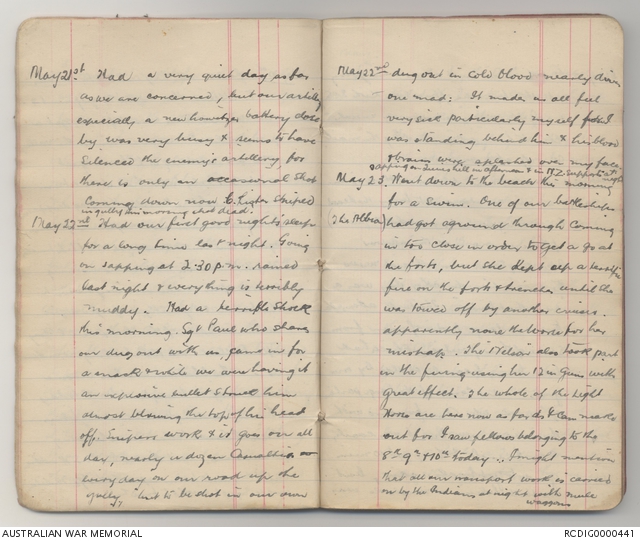 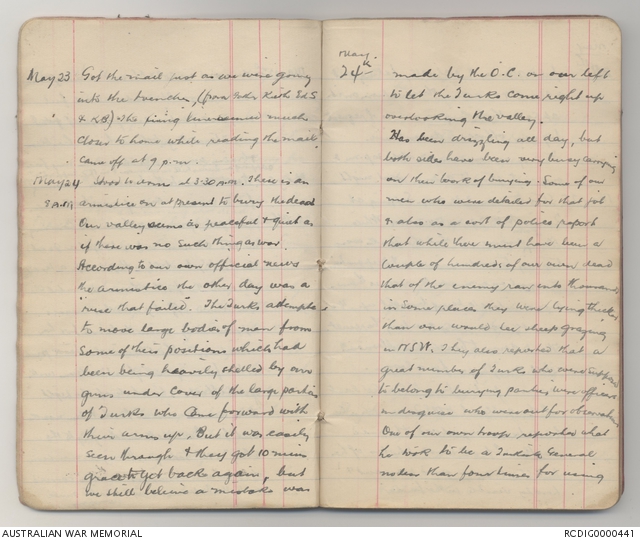 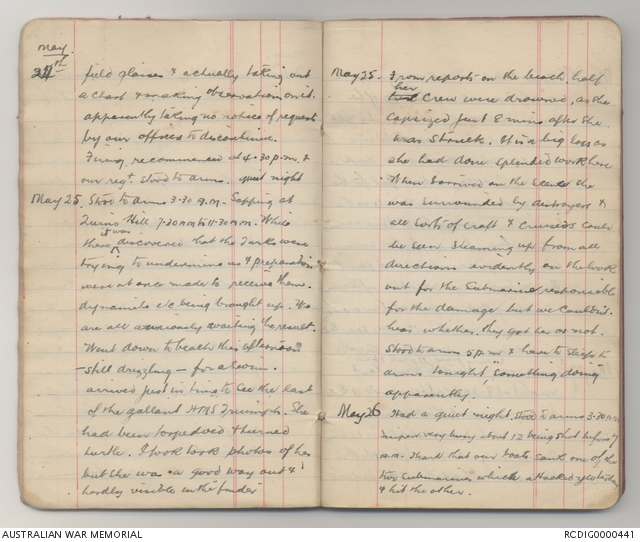 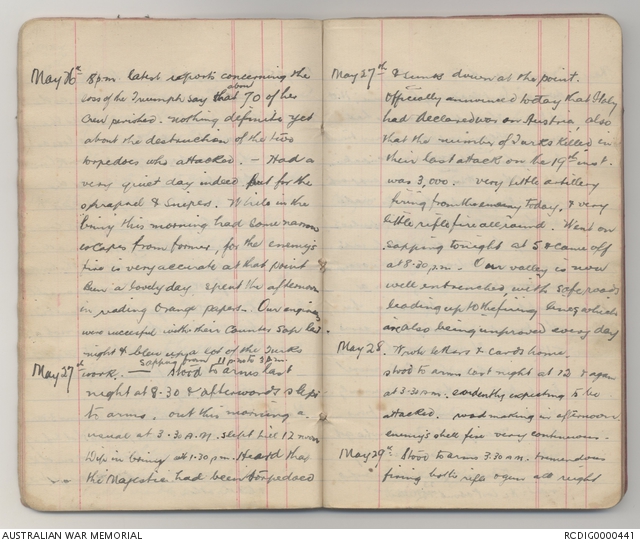 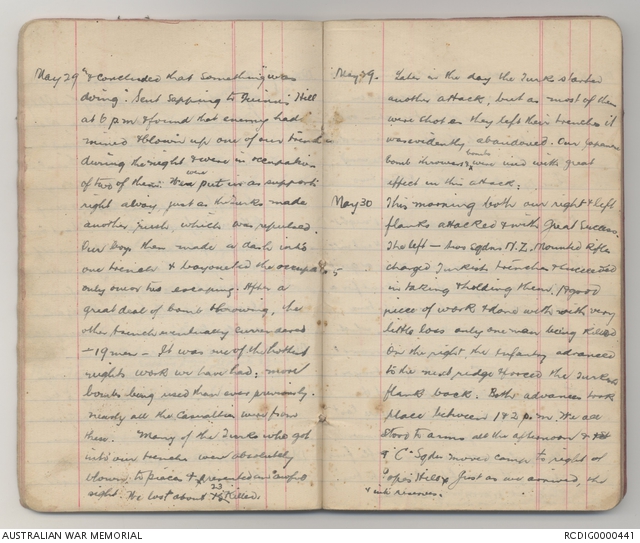 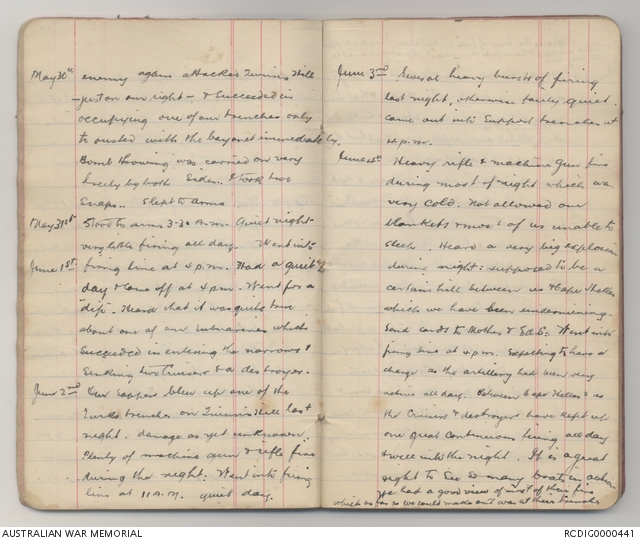 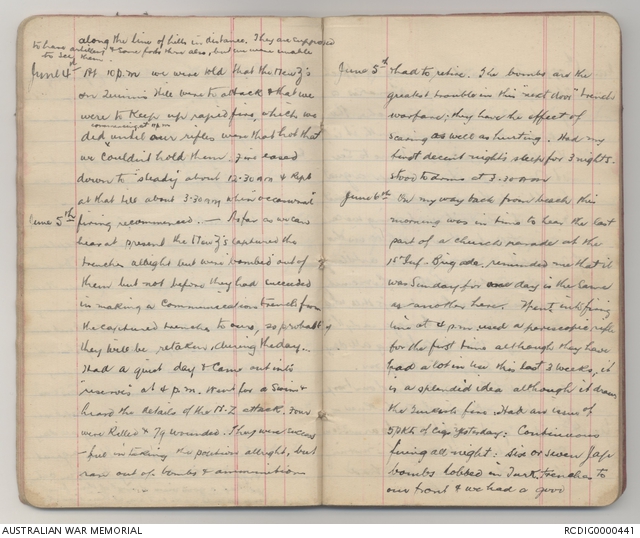 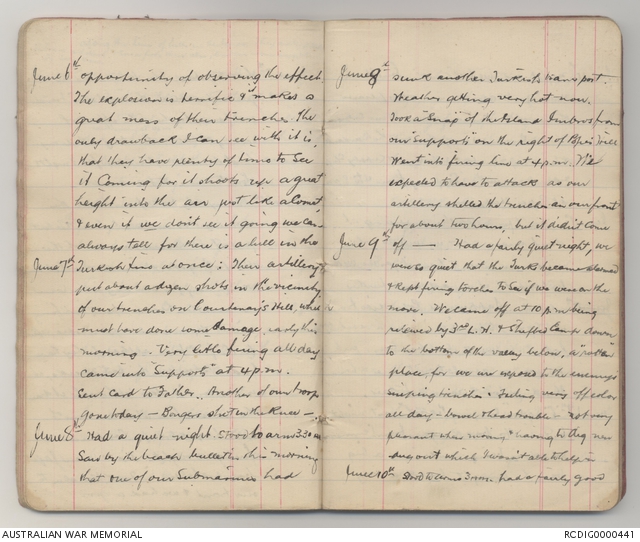 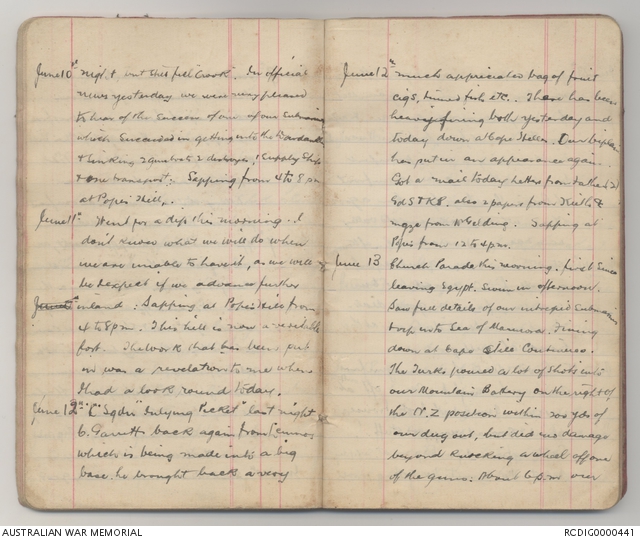 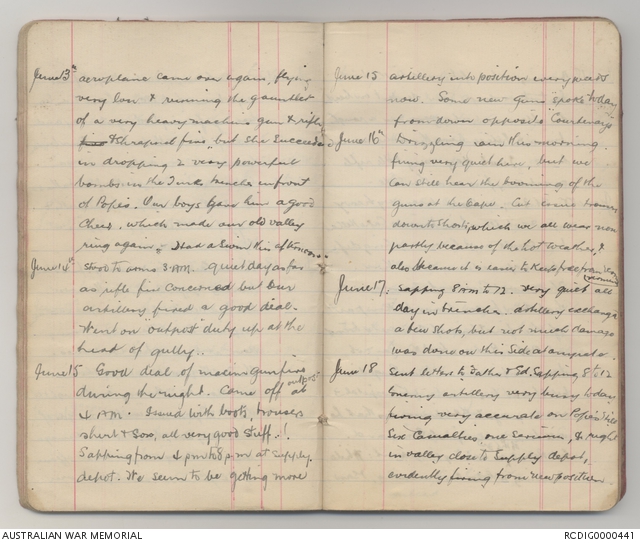 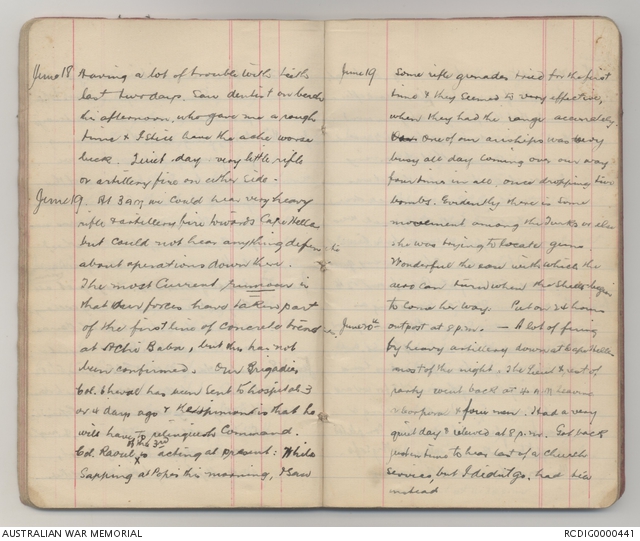 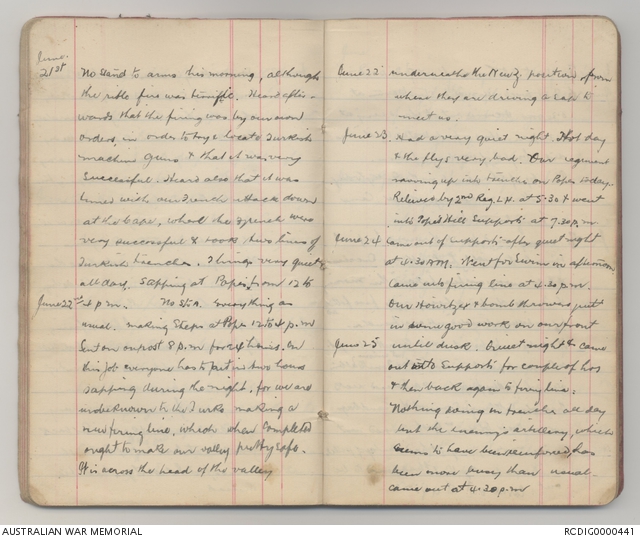 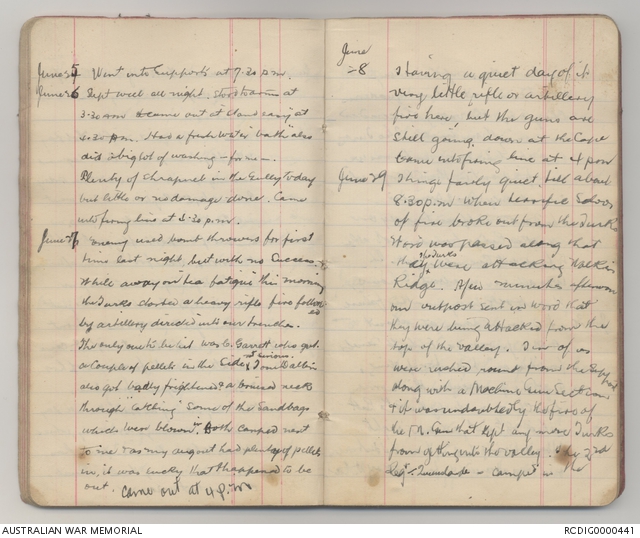 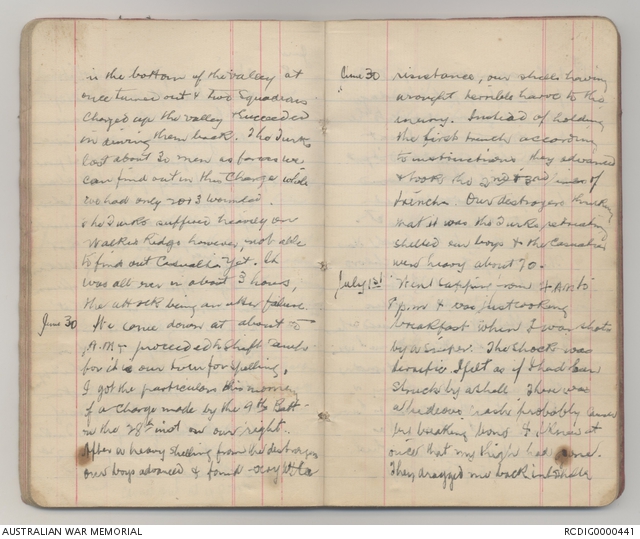 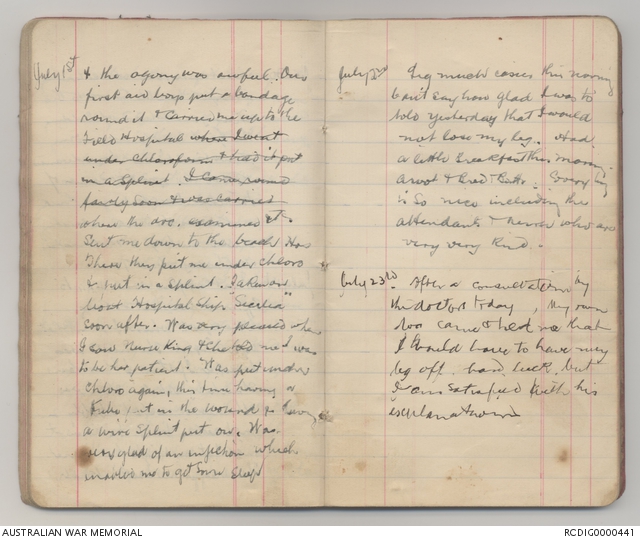 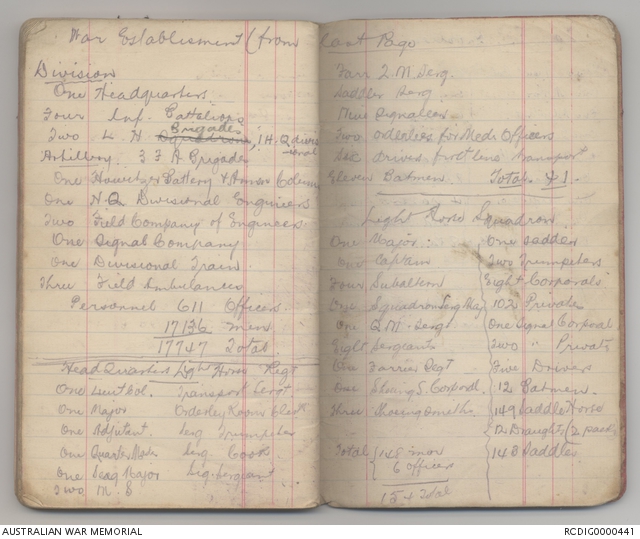 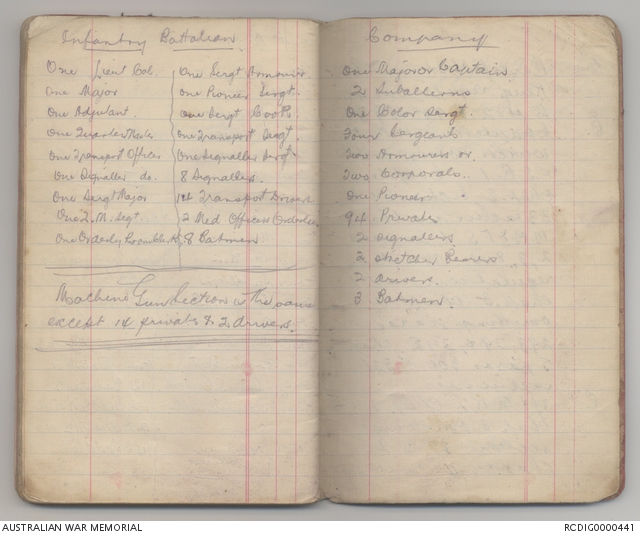 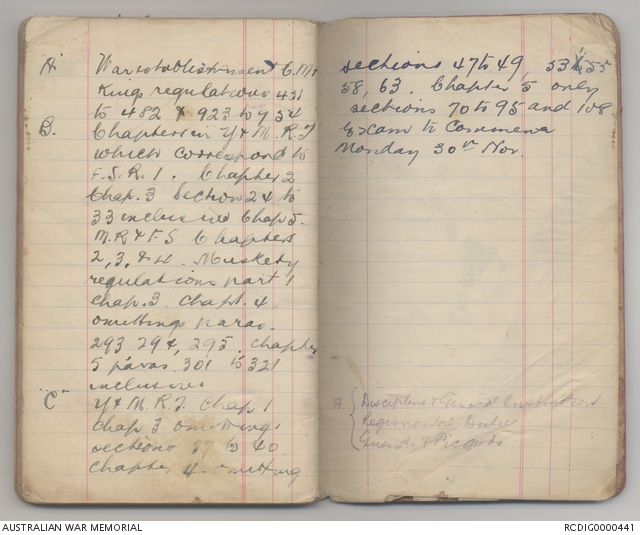 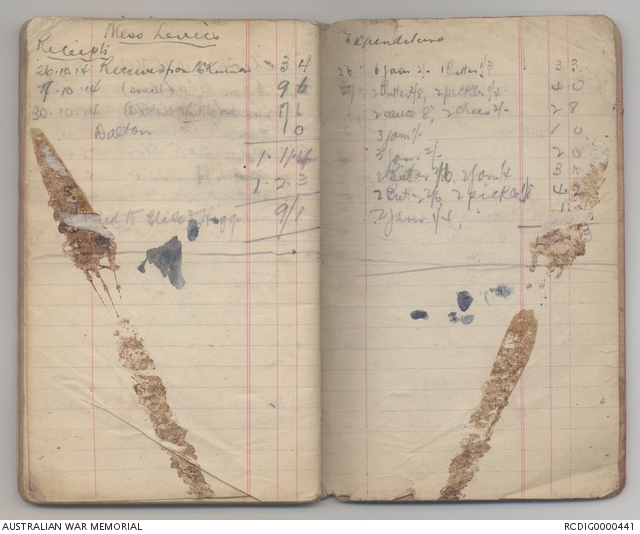 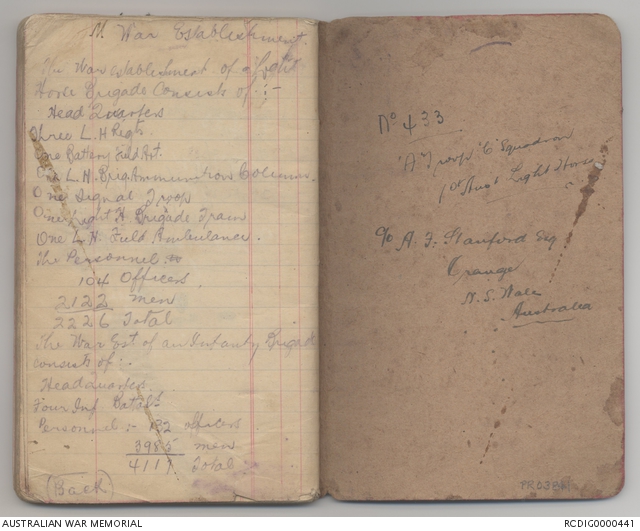 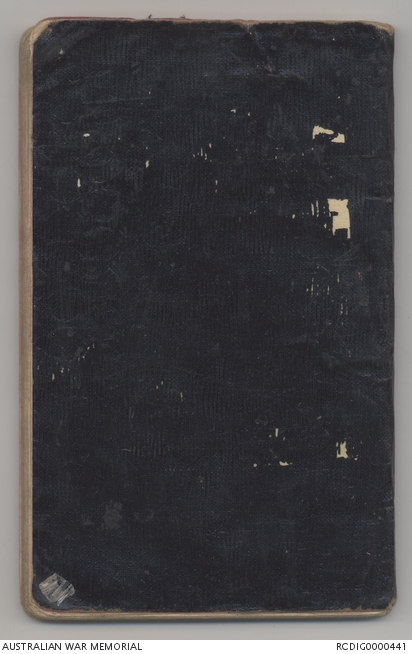 Diary relating to the First World War service of 433 Trooper Edgar Roy Stanford, 1st Light Horse Regiment. The diary was kept by Trooper Stanford between 22 August 1914 and 1 July 1915. In the diary, Stanford describes his experiences fighting at Gallipoli, including the conditions in the trenches, the operations carried out and the different military technology used by each army. Trooper Stanford also recounts, in detail, the fighting at Quinn's Post and Turkish offensives carried out in May 1915. In the final entry of the diary, Stanford articulates his dismay at having to lose his leg and the difficulties of maintaining a positive frame of mind.