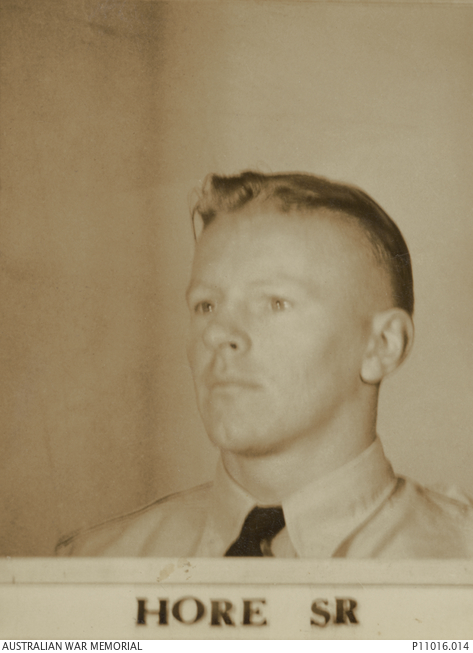 Studio portrait of 416856 Leading Aircraftman (LAC) Sydney Ross Hore of Kadina, SA. He enlisted on 11 October 1941 and after completing the initial training, he progressed to the Intermediate and Advanced Training Course 20 for pilots at No. 7 Service Flying Training School (7SFTS), RAAF Station Deniliquin, NSW, Australia held from 9 February 1942 to 25 June 1942. After training, he embarked for the United Kingdom for service with the RAF where he was attached to the No 179 Squadron RAF, an anti-submarine squadron, operating Vickers Wellington XIVs in the Mediterranean theatre of war. On 17 January 1944, during an operation over the Mediterranean Sea, Flight Sergeant (Flt Sgt) Hore was killed. His body was never recovered and he is remembered with honour on the Malta Memorial, Malta. Flt Sgt Hore was 21 years of age.