Informal group portrait of crew members of Halifax MZ299 which was shot down during operations ... 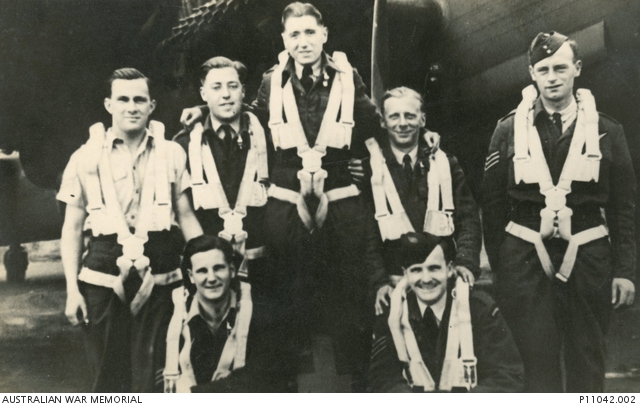