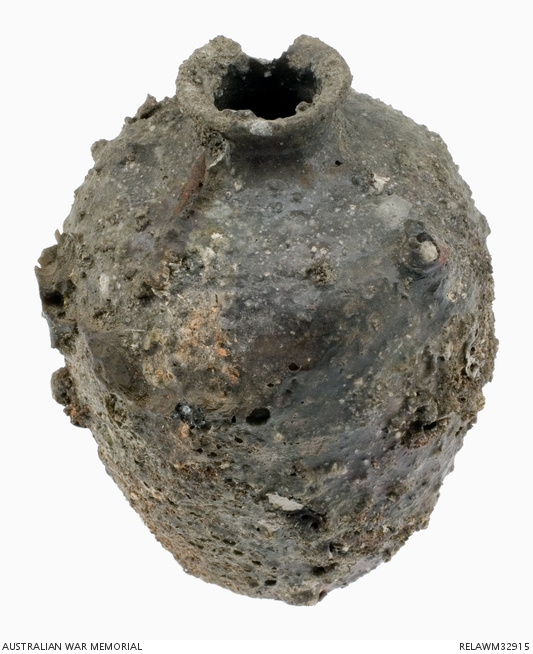 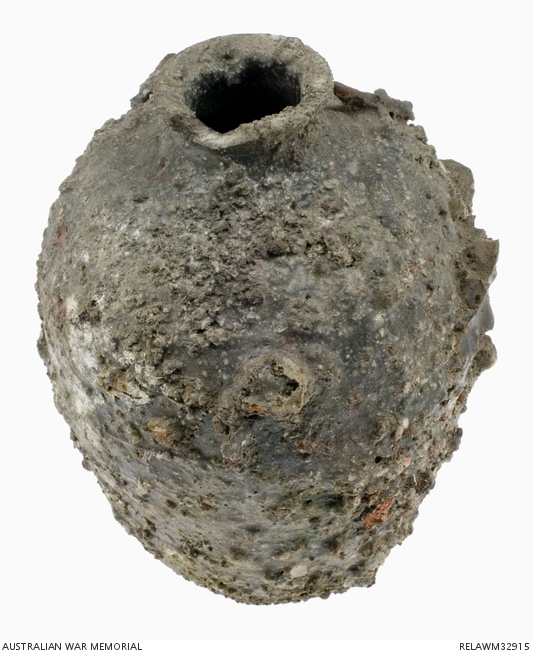 Sake bottle showing the blast effects of the atom bomb detonated over Hiroshima on the morning of 6 August 1945.

Major Stanley Archibald Jarvie, an architect in civilian life, served with the Royal Australian Engineers during the Second World War, and as Staff Officer Royal Engineers with the British Commonwealth Occupation Force (BCOF) in Japan following the cessation of hostilities. From September 1947 to May 1949, Jarvie was the Allied city planning advisor in Hiroshima, working in consultation with Hiroshima’s Mayor Shinzo Hamai and city council chairman Yutaka Terada, among others. Jarvie was tasked with assisting in the reconstruction of the city, devastated by the atomic bomb on the morning of 6 August 1945. The plan was to make a new modern city capable of housing 500,000 people.

The walls of Jarvie’s office were festooned with maps and plans of every conceivable aspect of the proposed city from prevailing meteorological conditions to an elevated railway. A detailed study included industry, communications, commerce, recreation, transport, administration and education. For the new concept, Jarvie also promoted the preservation of a number of atom bomb ruins to be used as monuments in a new memorial park.

This sake bottle was retrieved from the ruins of home of the Mayor Shinzo Hamai when the atom bomb detonated over the city. He presented it to Major Jarvie as a souvenir.