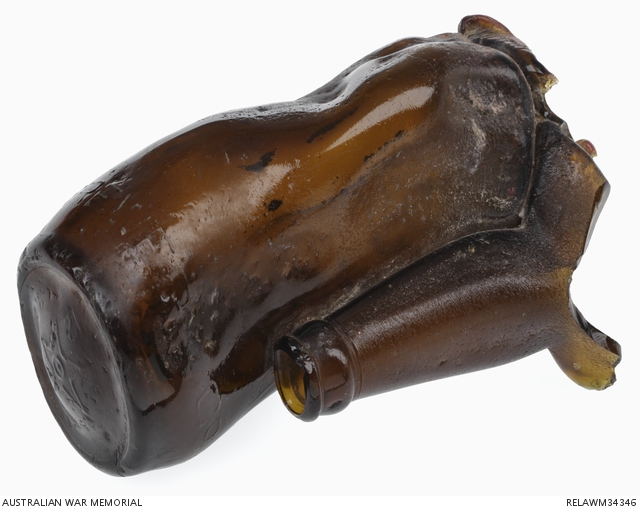 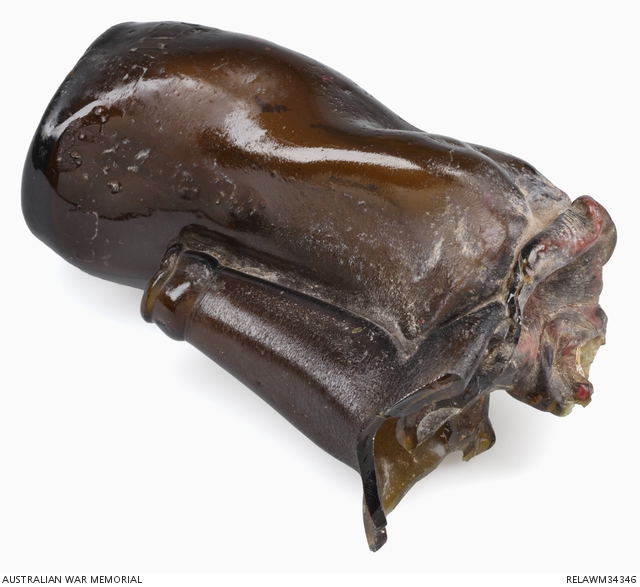 Melted brown coloured beer bottle. This bottle is badly distorted, the neck is fused to the rest of the bottle. There is a gritty residue remaining inside the bottle. The bottle has the following markings on the base " 12 [star with circle in the centre] 12 ", and on the side side " DAINIPPON BREWE[RY] Co. Ltd ".

This melted beer bottle was collected at Hiroshima by the Australian Military History Section during the Allied Occupation of Japan. The damage to the bottle was caused by the nuclear bomb dropped on Hiroshima in August 1945. The temperature of the blast, which reached up to 6,000 degrees Celsius, melted the glass. The surviving maker's marks, including the star with a circle in the centre, indicates that it was a product of the Dai Nippon Brewery Company.

The Military History Section operated under the Army and was attached to BCOF Headquarters first in Kure and then Eta Jima, south of Hiroshima. They were responsible for the documentation and creation of an official history as well as the collection of pertinent war relics. They were a small team which decreased as the occupation went on. All the objects they collected were then sent to the Australian War Memorial.