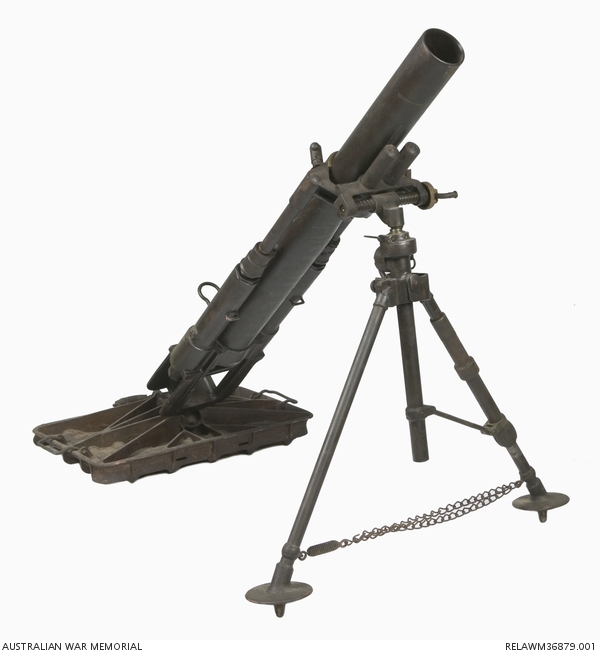 The Japanese Type 94 (1934) heavy mortar was used by the Japanese Army throughout the Second World War. The mortar is a smooth bore, muzzle loading weapon with a fixed firing pin. It is fitted with a heavy recoil mechanism, consisting of two equal cylinders mounted on a one piece U - shaped frame. The frame fits into the base plate by a ball and socket arrangement. The barrel, constructed from ordnance steel, is connected by a bar to the recoil cylinders which are also attached to bipod shock absorbers. The mortar is elevated by turning a crank at the junction of the bipod legs and the elevating screw. Traversing is accomplished by turning the knob at the end of the traversing screw where the barrel is collared to the bipod. A panoramic sight (not attached) with an elbow telescope is used for sighting. The mortar has a matt blued finish. There is a leather muzzle cap attached to the barrel.

This mortar was recovered from Rabaul by the 5th Military History Field Team and shipped to Sydney, Australia during January 1946 aboard the SS Salamaua.