Book 'The Taste of Courage' which was penetrated by a bullet : Second Lieutenant G D Spinkston, 4 RAR 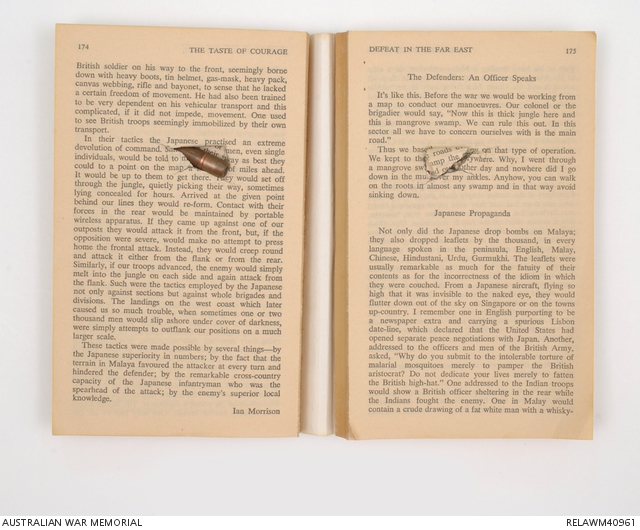 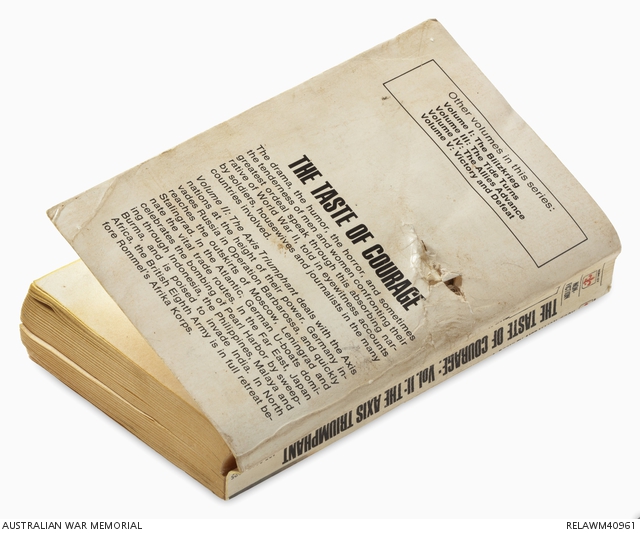 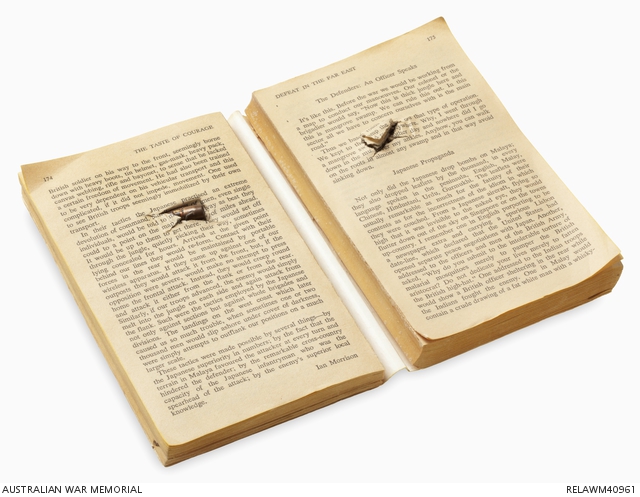 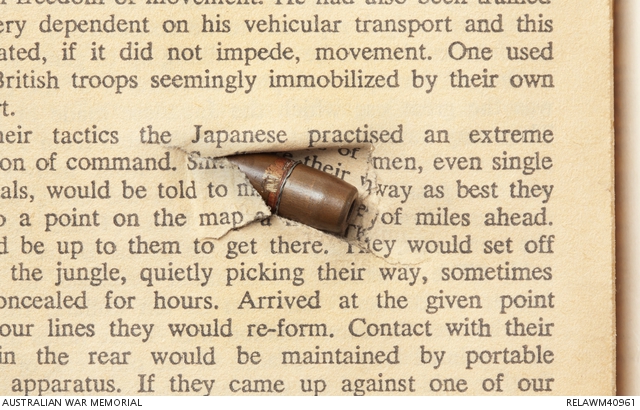 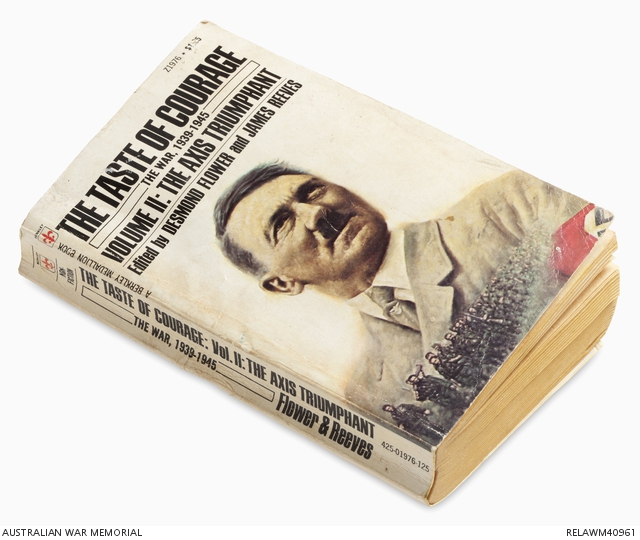 Paperback book edition of the 'The Taste of Courage: The War, 1939-1945' edited by Desmond Flower and James Reeves. The book is open to pages 174 and 175. A bullet has pierced the book from the rear and lodged in the pages. Damage continues until page 30. The spine is broken and separated at the open pages.

This book was carried by 436440 Second Lieutenant Graham David Spinkston when he was commanding 12 Platoon, 4 Royal Australian/New Zealand (ANZAC) Battalion (4RAR/NZ (ANZAC) Battalion) on 21 September 1971 on a patrol approximately three kilometres south of the southeast corner of the Courtney rubber plantation on the border of Phuoc Tuy and Long Khanh Provinces. At 9 am, according to the incident report, as his platoon was patrolling a well used enemy track running east, 'the forward scout discovered another foot track leading off to the north and Spinkston, after halting his platoon, moved forward with his platoon signalman, 56165 Private Trevor B Gorringe, to reconnoitre. They had proceeded approximately five metres along the side track when they came under automatic weapon fire from an enemy bunker located approximately ten metres further on. Spinkston and Gorringe quickly withdrew to the platoon position which, by this time, was receiving heavy small arms (AK47) and RPG fire.

The forward section, led by 217395 Corporal Charles R McKenzie was completely pinned down while the two rear sections initiated a contact drill to the north of the main track. Spinkston had realised he had a soldier killed in action (3799449 Private James Duff) and another six wounded, and was informed by his company headquarters that bushranger gunship support aircraft were already proceeding to the contact area. He withdrew his platoon to the south while the support aircraft fired on the bunker area. Spinkston later discovered that he had contacted six bunkers, part of a larger complex occupied by an element of 3 Battalion, 33 NVA Regiment.' The book, 'The Taste of Courage', was in Spinkston's left hand basic pouch (just behind his hip) during the engagement and was pierced by an AK47 round which almost carried through into his leg. Spinkston was actually wounded by a shrapnel fragment in his right leg, but remained in command until he was air evacuated to Vung Tau.